Not a good day for a pilot and a flight attendant of Delta Airlines as they got into a fight on board their flight from New York to Main, causing a 2 hour delay. 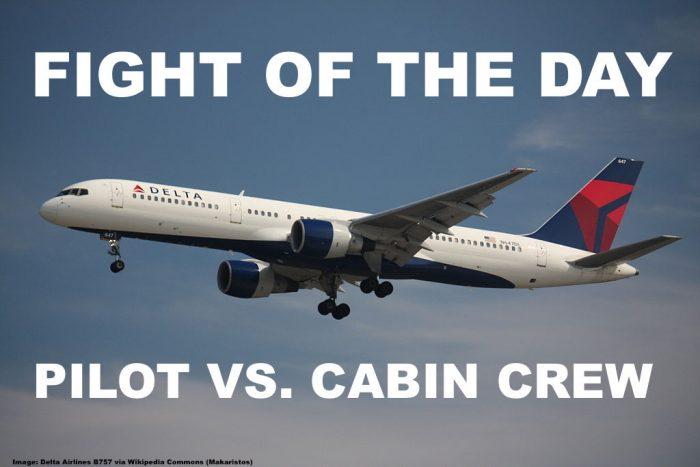 From accounts of the fight the pilot called the FA a “piece of sh**t and after the altercation a group of police officers boarded the plane.

Both parties were apparently ordered to disembark the aircraft causing the delay until a replacement has been found, thanks very much!

The New York Daily News reported about it (see here).

A Delta Airlines pilot and a flight attendant flew off the handle Monday at LaGuardia Airport, causing a two-hour delay, sources said.

The 54-year-old pilot had a dispute with a 26-year-old flight attendant prior to takeoff aboard the plane bound for Portland, Maine, sources said.

He and the attendant exchanged words in the aisle and he called her “a piece of s—,” a source said.

“His conversation was racist, inconsiderate and unprofessional,” the source said.

As many as six Port Authority police officers, some carrying “huge” guns, interviewed flight attendants in the jet bridge, a source said.

Cops determined neither were injured and made no arrests.

But the crew ordered both to disembark, causing the plane to leave at 1:30 p.m. — two hours late.

Ouch. That’s a pretty bad scene especially in front of customers and especially in times where Delta tries to display unity and a harmonic workplace as per their recent anti ME3 propaganda videos.

Probably either one of them or both had a bad day. No reason to go off on your colleagues like this especially if you’re a pilot but I guess we’re all just people and sometimes we simply explode.

Delta hasn’t commented on this case so far (not that I expect them to do it).