British Airways is facing it’s umpteenth strike by the Mixed Fleet flight attendants (their previous one just ended). Their current strike is for two weeks between August 2 – 15, 2017 (both dates inclusive).

Mixed Fleet consists of around 2,900 flight attendants that work both on short and long-haul routes out of London’s Heathrow airport. 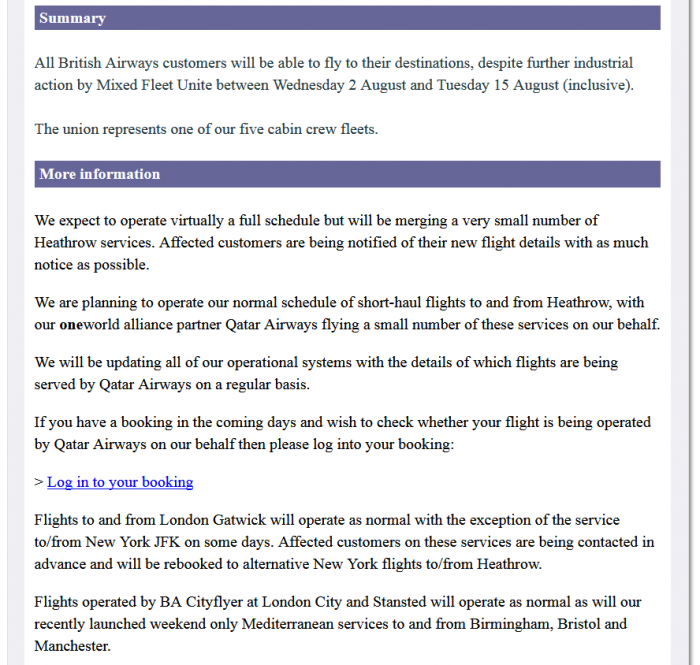 British Airways has been able to operate most of its flight schedule during the strikes by wet leasing nine aircraft with crews from Qatar Airways (20% shareholder of IAG BA’s parent) that were operating select  short-haul domestic and European routes.

The airline was also using management employees, crews from other stations and reducing the number of crew members to allowed minimums to get flights out.

Remember that BA is required per EU legislation EC 261/2004 to rebook the affected passengers to their final destinations and provide duty to care (accommodation and food) in case of long delays.

Cancellations and delays that are strike related are not eligible for the cash compensation, however.