A Frenchmen employed as an EasyJet pilot has been convicted for flying under the influence of Ecstasy and other narcotics and was handed a 12 months suspended prison sentence by a french court. 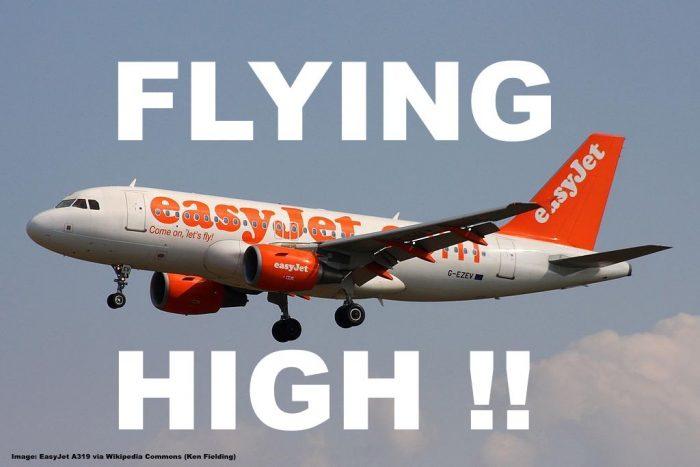 The investigation came about as police tapped the phones of the associates of a French drug ring and recorded conversations with the pilot.

Would you feel comfortable if you knew that your First Officer had a fun night out and is still under the influence of Ecstasy, Cocaine and Cannabis? Many EasyJet passengers have had the pleasure of flying with such a pilot numerous times as this case shows.

As the Daily Telegraph (access here) reported about the conviction of the pilot in a French court this week.

A 49-year-old Frenchman was handed 12-month suspended prison sentence after he admitted that taking ecstasy caused him trouble in landing a plane in Paris.

The man was caught out after police tapped phone conversations of members in a Paris drug ring, one of whom was speaking to the pilot.  The pilot recounted his troubles landing a plane at Paris airport Orly in May this year, the day after he had taken a third of an ecstasy pill. …

The Créteil criminal court on Friday banned the man from piloting and handed him a 12-month suspended prison sentence.

In court, the pilot said his actions were an “inexcusable error” adding that he had been “confident that the side effects of the drug would disappear after two hours”.

He added that he usually left it “two or three days” before flying after taking illicit substances, which he admitted also included cocaine and cannabis.  The father of three said that his drug habit had been going for around 18 months on “nights out in Paris”.

A very mild sentence considering the potential consequences of his fight with addiction to various substances. Especially in light of the Germanwings crash where a depressed pilot killed everybody on board after barricading himself in the cockpit and steering the aircraft into a mountain.

EasyJet said in a statement that the pilot had been removed from service when the police investigation was launched and that disciplinary proceedings were underway.

“The safety of passengers and the crew of EasyJet is our number one priority and we have a zero tolerance approach to drugs and alcohol,” the airline said.

“As a first officer he would always have flown under the command of an experienced easyJet Captain and had any Captain he flew with seen behaviour suggesting drug use or any other safety breaches on this pilot’s flights we would have taken immediate action and stood the first officer down from duty.”

That is the real question here. How much evidence or suspicion is required that a pilot will turn his colleague in for abuse of substances or for being unfit to fly? This could be potentially very embarrassing for the Captain or First Officer if it turns out the suspicions were wrong. Hard to believe a colleague would turn another pilot in or have the flight canceled when the suspected individual can reasonably say ‘I just have a cold’. Except there is drug paraphernalia visible or the pilot is completely out of it that should be hard to determine.

I think that the use of drugs, drinking of alcohol prior to flying and addiction to medication is more widespread than the public would like to believe. Especially with airlines that don’t allow their pilots sufficient rest periods. Workplace commuting can also play a large role here, often pilots have to commute long distances to their main workplace. Sometimes on standby, using other carriers.

This case is shocking but the lack of a heavy handed sentence unfortunately is a signal that there are no real consequences until people die as a result of such actions. A one year suspended prison sentence doesn’t do this case justice.