Seems that British Airways had some very unfortunate issue with its flight to Las Vegas this past Sunday that got canceled two days in a row (same flight!) first for mechanical issue and second time for baggage.

Passengers were rightfully not very happy that British Airways was not getting them to their destinations and tensions were running so high that armed police had to be called.

Here’s an excerpt from the Guardian (access the piece here):

Armed police have been called to Heathrow airport after passengers became angry that a British Airways flight was delayed for two days.

People were left stranded when technical problems grounded the Boeing 747 due to fly from Heathrow to Las Vegas on Sunday. They thought they would be on their way the following day but a problem with their baggage meant the rescheduled flight was also held.

Cabin crew reportedly informed the cockpit that tensions were mounting and, after a lengthy wait, the passengers were taken off and armed Met police officers were called to meet the plane.

It always infuriates me that when these papers write about airlines elated delays and cancellations they always forget to mention (well at least most of the time) the EC 261/2004 legislation.

British Airways in this case is required to provide 600 euro cash compensation for each affected passenger and would have required to rebook them to the their final destinations at the earliest possible convenience offering connections on another airlines.

Airlines don’t usually offer to rebook on competing airlines and sometimes you may have to ask multiple times before they do it. 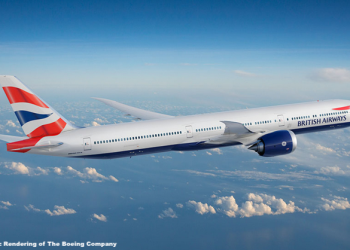