A LoyaltyLobby reader dropped me an email earlier today regarding the issue with Airberlin Topbonus that is no longer able to issue award tickets and he wanted to know if the miles are now worthless. 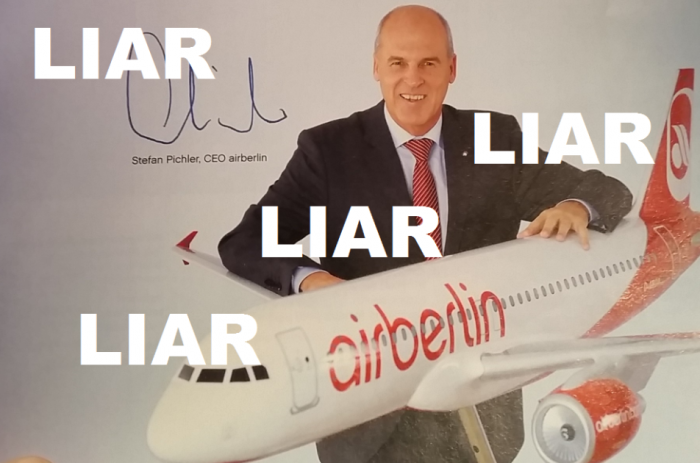 Because of the insolvency of Air Berlin, it is since today not possible anymore to book airline tickets with Topbonus Points.

I tried this today at the Gold Member Desk in Germany, and they told me I can not use my 100.000 Topbonus Award points to book airline tickets. The situation is unclear, if you can use your points at a later moment or your points are worthless now.

Airberlin filed for insolvency yesterday and German government provided 150 million euros in emergency loans to keep the airline float for the next three month or so. Sebastian wrote a piece about this yesterday (access here).

The Topbonus frequent flier program, however, is majority owned by Etihad. I would assume that depending how Airberlin ends up sliced/diced someone may end up with the program (likely candidate is Lufthansa?).

It is true, however, that Topbonus redemptions have been halted as of now. You cannot use Topbonus miles for awards on Topbonus partner airlines or on merchandise.

It is also interesting to see how Oneworld and other partner airlines will honor Topbonus awards once the airline has dissolved (assuming that it is the case). Topbonus is separate unit and theoretically it could fund these tickets.

You have to remember that the operating airlines don’t get payments from ticketing carriers until they have operated the flight and turned in the flight coupon (now done electronically).

The revenue downfall for the airline will only accelerate now. Who would buy a ticket from an airline that is likely not going to be around in three months time? You would end up holding worthless electronic ticket.

Nobody likes to see an airline to collapse but Airberlin has been limping for years. Perhaps it is time to retire the airline for good? We’ll see if Alitalia has the same fate….