A LoyaltyLobby reader sent us a message using Facebook earlier today about maddening situation with a prepaid rate and additional authorization at the Sheraton hotel in CDG. 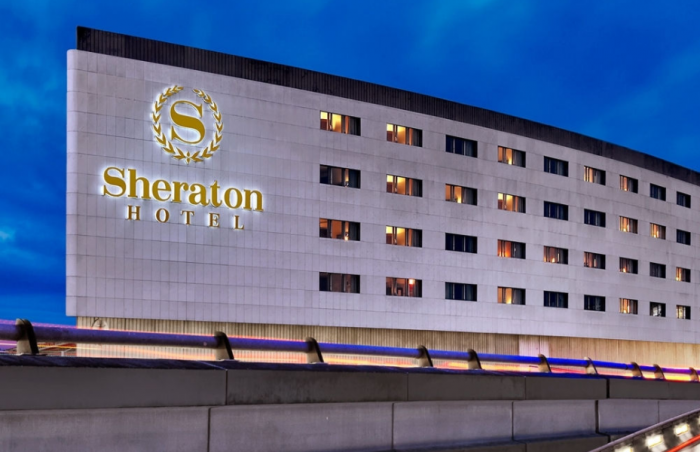 I would like to ask for some advice. I am a SPG Gold Member, and I had a horrible, horrible experience at the Sheraton Charles de Gaulle in Paris last June. At check-in for a 180 euro pre-paid room, I was charged 280 euro as a “deposit”. As Citibank sends me alerts whenever a transaction is done, I received the message at 4am and when I checked out at 7am, the guy at the desk told me that it was “a mistake” and that he would change the final amount of the transaction to the tourist tax I had to pay anyway (around 2 euros).

However, when I re-checked with Citibank, the 280 euro transaction was still registered, and the tax payment was recorded as a different transactions. I called Citibank and they showed me how, as they were two transactions with two different numbers, and as the hotel didn’t cancel the 280 euro’s one, there was nothing they could do from their side.

This is when my ordeal started. I phoned and sent a mail to the hotel to explain them the situation, and tell them that they had to cancel the 280E transaction. I was passed through a number of people who just kept telling me (literally) “we did nothing wrong, so you should take care of this with you credit card company.” I would reply that my “credit card company told me that only the hotel could cancel the transaction” so I asked them to re-check the situation on their side and simply cancel it. All the answers I’ve got during two weeks were, basically, “we did nothing wrong, so talk with your credit card company”.

All of this in a very, very arrogant tone and without a single word of apology. At one point I got so frustrated that I asked them “If you did nothing wrong, how comes that you charged 280e as a deposit for a pre-paid room? Even the guy at the check out told me that “probably the guy at check in yesterday was too sleepy or too dizzy because we never take so much as a deposit” and their answer was that it’s definitely unusual to take more than 100e as a deposit.

To make a long story short, even Citibank grew so frustrated with the whole situation that they told me they would keep that transaction on hold without charging me. So on July 1st, I sent another mail to inform the Sheraton of Citibank’s decision. No answer, reply or apology at all. So on August 7th I sent them a note to tell them that I was appalled that, in more than one month, nobody cared to answer. Today (August 17) I finally got an answer from the “Shift Leader Senior” to tell me that “she was on vacation so it’s not her fault”, then from the “Income Auditor” who told me “It’s not the Shift Leader’S fault”, adding a note that, at the the end, the 280e were not charged so “he hopes I understand” (yes, I do know and understand that they were not charged, because Citibank and I had to exchange telephone calls and visits at their desk for two weeks in order to have in canceled)

I am so enraged by this situation, not only for myself but because I really believe that NOBODY should be treated like this by incompetent people who’s only worry is to point out that “it’s not their fault” and they don’t even care to offer their customers a word of apology.

What I would like to ask you is a mail contact for Sheraton customer service to report this situation and have them do something about it. I did contact them at the address on the SPG site, but I’ve just got an answer saying that they’ll have the staff in Paris make contact with me – which isn’t exactly what I needed. Thank you in advance

Here’s what I believe must have happened here. The reader was charged for the prepaid rate in advance (this is not always the case). The hotel then authorized the credit card on file during their overnight sweep as if the room was not prepaid.

The clerk who processed the 2 euro city tax payment in the morning didn’t use the authorization from the overnight one but ran it as a separate charge.

Canceling an automated authorization is probably manual process and time consuming (if not impossible).

These do drop off after some time that is dependent of the reader’s bank. Could be anywhere from 5 to 30 days. When I had an account with City, these preauthorizations took exactly 30 days to drop off.

Unfortunately, these are unavoidable if one travels a lot. My advise is to carry multiple cards and have high enough credit limits. One option also is to leave a cash deposit if hotel allows it.

I wish that there would be better option for these holds at hotels (and car rentals too) but I don’t think that there is. Many hotels, however, are very clear how much they authorize and use the authorized amount first when settling folio.

The last time when I run into trouble was couple of years back when two of my cards were cloned in Brazil and closed (replacement ones were sent to Europe). I had to pay attention to charges and limits.

Reader Question: How To Keep Accor Live Limitless (ALL) Points From Expiring In 2021?