Vueling, Spanish low coast airline part of IAG that has been expanding outside of its Barcelona base, is changing the name of its loyalty program from Punto to Vueling Club and migrating to the common use Avios platform. 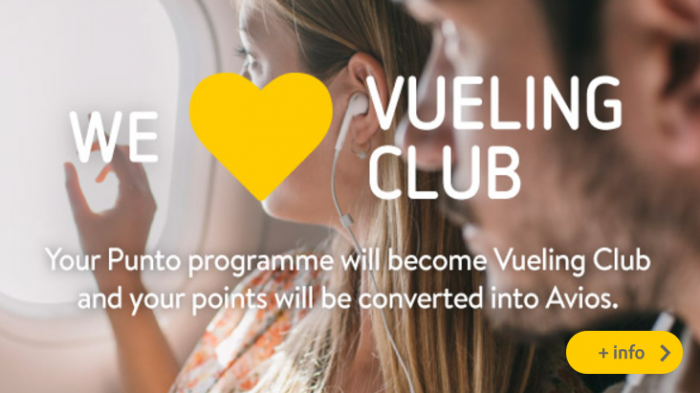 I have flown Vueling few times and have another flight coming up in September. I have, however, credited these flights to Iberia Plus (high enough fare class), as I have not flown enough with this airline to collect any meaningful number of their “Punto” to do anything with it.

IAG’s long term plan must be to migrate all their airlines to this common use Avios platform. You can now move Avios between these various programs using this Avios shopping scheme account that has had some account address restriction in the past (must have been UK or South Africa). They must have lifted it now because Vueling Punto members are eligible to sign up as well.

This Punto-name (point basically) probably made sense when they marketed the airline mainly for the Spanish speaking audience. It doesn’t have the same cache outside of this specific market.

WestJet is in the news for the wrong reasons again after one of their crews caused an entire flight to be cancelled as a...