Qantas today made some financial announcements (very good profits + employees got nice bonus) and plans to make some major refreshments to its A380 fleet in 2019 – 2020.

The airline will ensure that all the business class seats will have aisle access, the premium economy cabin will grow by 25 seats and overall seat capacity is up by one.

Here’s the press release from Qantas: 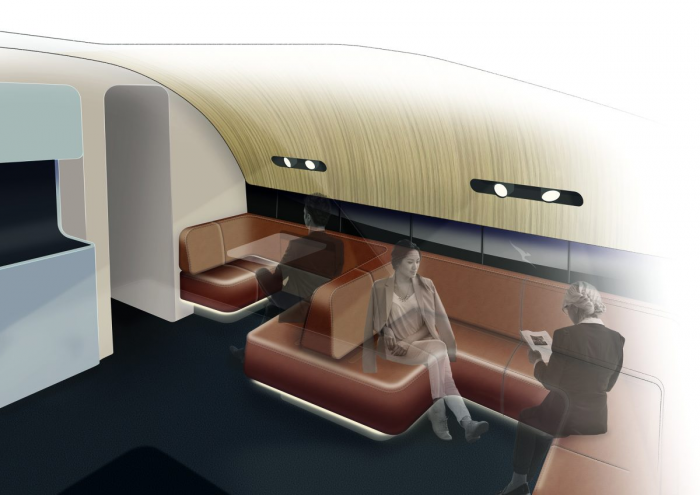 The A380 project was announced with several other product investments at Qantas’ full year results today (see other release).

A multi-million dollar upgrade will see a change in the seat mix on the super jumbos to meet increased customer demand for premium cabins on flights to the US, Europe and Asia.

Structural changes are focused on the upper deck where 30 Economy seats will be removed and some partitions and a crew workstation rearranged to use space more effectively. This allows for an additional six Business Class and 25 Premium Economy seats, increasing the overall seat count on the aircraft by one and increasing premium seating by 27 per cent.

Other key elements of the A380 refurbishment program include:

Installing the airline’s all new Premium Economy seat in a 2-3-2 configuration. This seat is almost 10 per cent wider than the model it replaces and will debut on the Dreamliner later this year.

Reconfiguring the front of the A380’s upper deck to redesign the passenger lounge to provide more room for First and Business Class customers to dine and relax.

Enhancing First Class, which remains in its current configuration on the lower deck. Each suite will be fully refurbished, including contoured cushioning and a larger, higher resolution entertainment screen.

Work on the first A380 is expected to begin in the second quarter of calendar year 2019. All 12 aircraft will be upgraded by the end of 2020. The design integration will be managed by Airbus.

Qantas Group CEO Alan Joyce said the upgrade would make sure the national carrier’s A380s retained their reputation for space and comfort on long haul flights.

“Customers love the A380. This upgrade is a major investment in putting the next generation of seats on the aircraft as well as more creature comforts to maintain its status as one of the best ways to fly,” said Mr Joyce.

“We’re seeing increased demand for Premium Economy and Business Class on the long haul routes that the A380 operates, including from people using their Qantas points to upgrade. When more travellers experience these new seats, we expect that demand will keep rising.

“Working with Airbus we’ve been able to achieve a very efficient layout on the upper deck. Using this space to increase the proportion of premium seating improves the revenue potential and the overall economics of the aircraft.

“When you combine this upgrade with the other investments we’ve been making in new aircraft and new cabins, it will give us consistency with our premium seats across the A380, A330 and incoming 787 Dreamliner,” added Mr Joyce.

Some elements of the upgrade will be rolled out later this year, including a memory foam mattress and pillow menu in First Class.

Qantas is continuing to investigate new technology to offer fast Wi-Fi on its international routes. A trial on the A380 in 2012 showed low levels of take-up due to slow connection speeds over remote areas of ocean. Fast domestic Wi-Fi  has become a reality only recently due to new technology and next generation satellites serving the Australian mainland. Qantas intends to be the first Australian airline to offer next generation Wi-Fi on international routes as it becomes available.

Qantas has also flagged its A380s will be operating more regularly on routes to Asia, with the 787 Dreamliner taking on the Melbourne-London route (via Perth) and freeing up some A380 flying time. More detail on these flying patterns will be announced shortly.

It is interesting to see what will happen to Qantas’ partnership with Emirates once it is up for renewal. The airline is trying to fly direct to Europe from Perth cutting the need to stop somewhere along the route (now in Dubai) and previously in Asia.

Travelers from the Australian east coast would need to fly to Perth first before taking the very long journey, however. I am not huge fan of transiting in Dubai, but there are many other options including Bangkok, Singapore and Kuala Lumpur from many Australian cities offering a number of one stop options.