The era of new outrageous fees in the travel industry goes into another phase as Boston Logan Airport made the start to study the possibility of charging even private vehicles a fee when they drop off people. 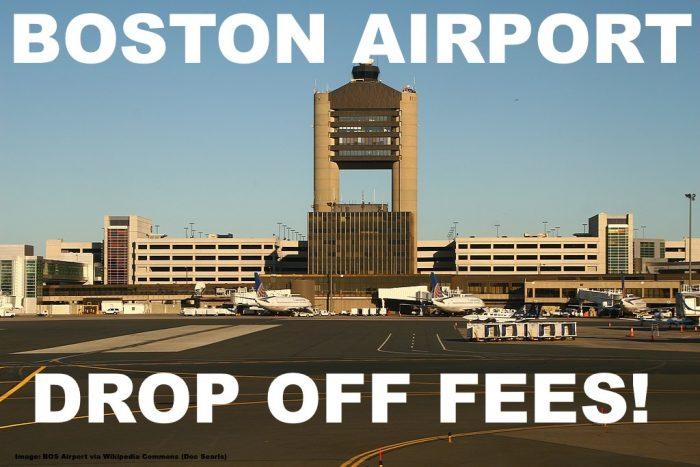 If this will be implemented then you could find yourself opening the wallet every time you or a friend / family member is being dropped off at the airport.

Just when you thought the nickel and diming of travel providers has reached the height of idiocy with airlines such as British Airways charging passengers per bag of tea service in short haul routes now this!

The Boston Globe (access here) reported that passengers and those who are droppping them off might soon be subjected to a fee paid to the airport.

The Massachusetts Port Authority has agreed to study imposing a fee on drivers who pick up or drop off passengers at Logan International Airport, part of a deal with environmentalists seeking to curb congestion and air pollution amid a surge in airline traffic.

Each day, more than 20,000 cars enter Logan to leave friends or relatives at a terminal or meet their arriving flights, according to Massport.

The Conservation Law Foundation, a Boston environmental group, says these trips could be reduced by charging people for driving to Logan. …

Massport, which runs the airport, agreed to study the fee as part of a broad truce with the environmental group. CLF, meanwhile, agreed not to oppose the agency’s $250 million plan to add 5,000 parking spaces at Logan if Massport examined other measures to reduce auto emissions at the airport. The review is expected to be completed by July 2019.

Logan has added more than 15,000 annual flights since 2015. The new parking spaces, the agency argues, may actually result in fewer cars; pick-ups and drop-offs can involve up to four trips in and out of the airport, two for a departing flight and two for a returning arrival, while people driving and parking their own cars come in and out once.

Such fees are not unusual elsewhere in the world, especially in the United Kingdom, where more than a dozen airports have implemented tolls over the last decade. It’s rare in the United States, though some transportation specialists predict such tolls are destined to make their way across the pond.

I have never seen an airport toll in Europe but I do remember that in Bali each vehile has to pay an exit fee even if it’s just for a quick drop off. When you’re being picked up by an UBER you will have to pay this fee in cash so be prepared for it.

The study is estimated to be complete by 2019. In exchange, the Conservation Law Foundation will not challenge a new 5,000 parking space complex at the airport – which Massport officials say could help reduce the traffic issue by encouraging flyers to park at the airport.

I believe it would just take one or two big airports in creating a domino effect that would swamp the entire country once other airports see that they could get away with it, similar to the newly introduced parking fees in Las Vegas.

Of course the notion that this would curb the amount of people driving to the airport is total rubbish. Asking someone to drive you to the airport is more likely than not an inconvenience to them and you wouldn’t ask if you had another suitable and economical choice. It’s not like you would all of a sudden choose another method of transportation. It’s a money grab, plain and simple.

Let’s also not forget that most airports in North America have a horrible to non-existent public transportation connection. Maybe airport authorities across the continent should start on improving that situation first before imposing fees to enter the airport  with your private vehicle?