Reader Question: How Many Miles Will United Credit For My Thai Airways LHR-BKK Flight In Business?

A LoyaltyLobby reader left a question on website regarding number of elite qualifying United miles earned on Thai Airways business class flight from London to Bangkok.

I’m a Mileage Plus Gold member and am keen to retain my status. On 29th Dec 2017 I will be travelling with Thai Airways from LHR to BKK in business.

How do I figure out how many airmiles United will credit me with? I’ve called Thai and United and neither seem to be able to get me a clear answer. Grateful for your assistance.

I guess that the reader is interested in to find out how many Premier Qualifying miles he/she will earn based on the wish to retain the Gold status with United Airlines.

As long as the Thai Airways flight is a paid fare and not an award ticket, the reader should earn the same number of elite (or Premier as United prefers to call them) qualifying miles as the flight length.

The reader should consult the United’s page for Thai Airways (access here) that explains the number of award and Premier qualifying miles earned. 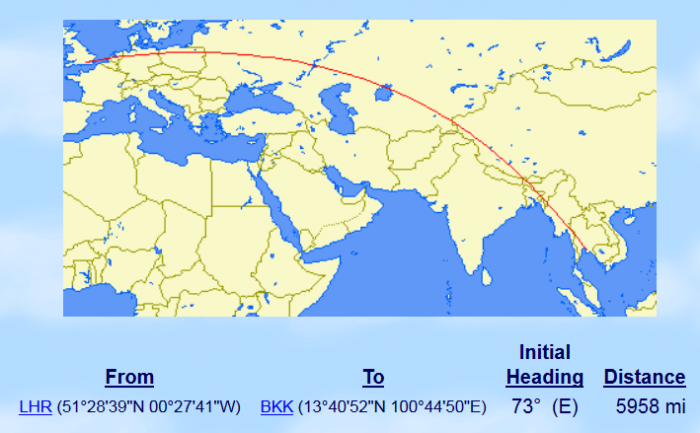 Under any circumstances, as long as the reader is on a paid fare, the number of Premier Qualifying miles earned should be very close to 5958 miles between this specific city pair.

If one flies in economy, then one should pay more attention to the Premier qualifying miles because United just reduced how many one earns when flying on Thai Airways and some other partner airlines.

You also have to keep in mind that it doesn’t count what the partner earnings are at the time when the ticket is bought but when the flight actually takes place. This is sometimes problematic with economy class tickets (rarely with business class ones).