Delta Airlines has rolled out a career program for pilots to be promoted from First Officer to Captain in as little as 6 months if they’re willing and able to fly the unpopular MD-88 aircraft. 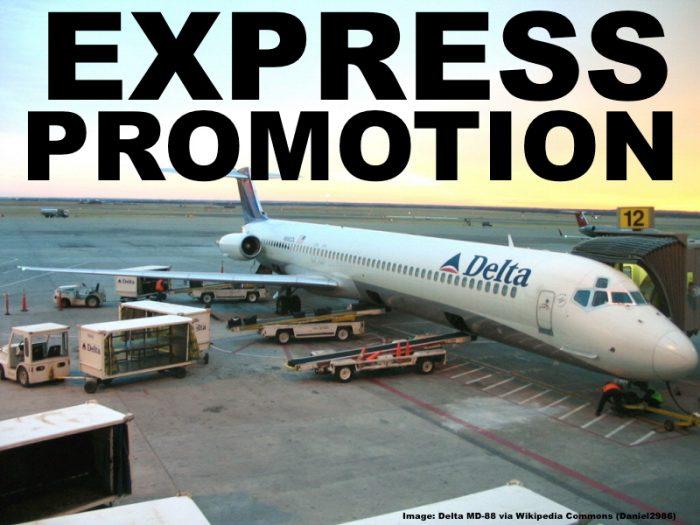 Even though Delta is planning to retire all of these aircraft within the upcoming 3 years the accelerating rate in which U.S. airline pilots are retiring as well causes headache for pilot scheduling to operate these planes.

If you have done a little bit of U.S. domestic traveling over the last decades then the ‘Mad Dog’ MD-80/88 or Super-80 are certainly a familiar sight to you. Yet while flying this aging airliner for passengers is already quite unpopular the pilots really don’t like this aircraft at all.

Bloomberg Business (see here) has a detailed report about this as Delta is scrambling for staff resources.

Since almost the beginning of the commercial airline business, junior pilots have had to toil years in the second chair waiting to win a pair of captain’s wings. Now Delta Air Lines Inc. is offering them the chance to vault into a captain’s seat in as little as six months. The catch? The promotion requires flying an unloved, aging plane nicknamed the “Mad Dog” that Delta plans to retire in three years.

The McDonnell Douglas Corp. MD-88 jets are the oldest aircraft in operation at any major U.S. carrier. They come with quirks such as glare-prone skylight panels called “eyebrow windows” that were common when pilots sometimes navigated by the stars. And they’re so noisy that some New York politicians, including U.S. Senate Minority Leader Chuck Schumer, cheered when Delta recently pulled the planes from New York’s LaGuardia Airport.

Now the jets are helping to topple traditional timetables on pilot careers, as Delta awaits deliveries of new aircraft and contends with a graying pool of aviators. Senior pilots shun the MD-88s for newer Airbus SE or Boeing Co. jets, now the industry’s standard equipment. But some junior co-pilots who covet the prestige and higher salaries awarded captains aren’t so choosy. …

Some Delta pilots who are willing to accept the worst assignments—flying an MD-88 or sharing a crash pad in Queens and flying out of New York—are upgrading fast. One pilot hired in January was a captain by June, according to a company memo to pilots. Moving up within six months is “not unheard of,” says Delta spokesman Michael Thomas, and less-tenured pilots flying the MD-88 aren’t any less qualified than those at the controls of bigger jets. “We hire folks who have the qualifications and airmanship and aptitude to become captains with Delta,” Thomas says.

From the U.S. carriers currently Delta Airlines, American Airlines and Allegiant operate a rather large number of MD 80’s. You can access Delta’s fleet details on their website here.

I have flown countless segments on these ‘Mad Dogs’ on American and it’s really not my favorite aircraft by any means. But on the other hand it also brings back memories. Nevertheless if you have to work on such a dinosaur every day or sit in a First Class Seat is a difference as well.

For sure this program and the circumstances in the aviation employment sector are a great career booster for these pilots who are willing to say ‘I put up with it’ and in exchange go on the fast track to Captain with a significant salary boost.