SAS has been able to strike new multi-year pay deals with its pilot unions in Sweden and Denmark. The Norwegian pilot union is still, however, threatening to strike later this week. 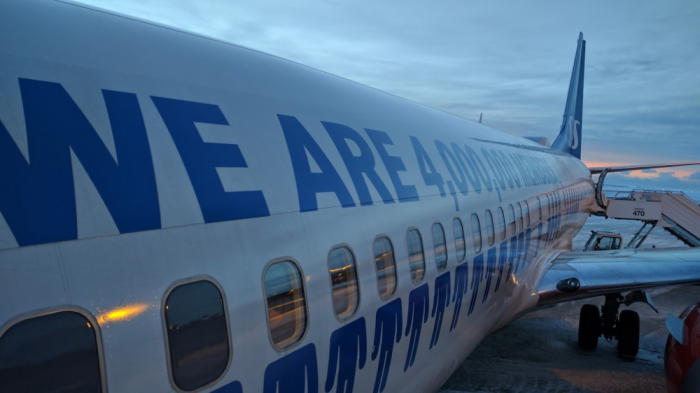 The potential strikes were to start yesterday (Monday) but are now postponed until Thursday (September 14).

The pilots’ strike that’s been threatened for weeks has already caused anxiety for SAS passengers in Norway and raised questions over whether the pilots will have much if any public sympathy. One newspaper commentator has called the pilot’s demands “unrealistic” while others have noted that it can seriously jeopardize SAS’ recovery from years of turbulence caused by airline deregulation and the rise of low-fare airlines unburdened by SAS’ extensive labour agreements and other overhead costs.

Aware that their strike is controversial and may lack public sympathy, the pilots initially stated that it would be limited in scope, with just two pilots initially due to be called off the job. The two unions threatened that the strike would expand until a settlement is reached, and then came their announcement that all of the unions’ members at SAS in Norway would be called off the job from Thursday. That threatens to ground SAS in and out of Norway.

The Swedish SAS pilots did strike last year while the Danish and Norwegian ones continued to work. If the Norwegian ones strike later this week, the Swedish and Danish SAS flights will operate as usual. There won’t be any extra services, however, to replace the non-operating SAS Norwegian flights.

Strikes in Europe are often called off at the very last minute and deals are reached. This is usual negotiation tactic used at both sides.

It is, however, just something to keep in mind if you happen to be flying on SAS services later this week. They may be affected by this strike if it goes forward as planned.

Norwegian has aggressively expanded in Nordic countries bringing the yields down. SAS has been planning to open pilot bases in both UK and Spain to bring costs down.

Airfare of the Day [Business Class] SAS SCANDINAVIAN ARILINES Oslo to Beijing from 1,267€