Air Canada has decided to spice up this Friday afternoon by publishing an email conversation on its Facebook page (access here) that they had with the CBC. 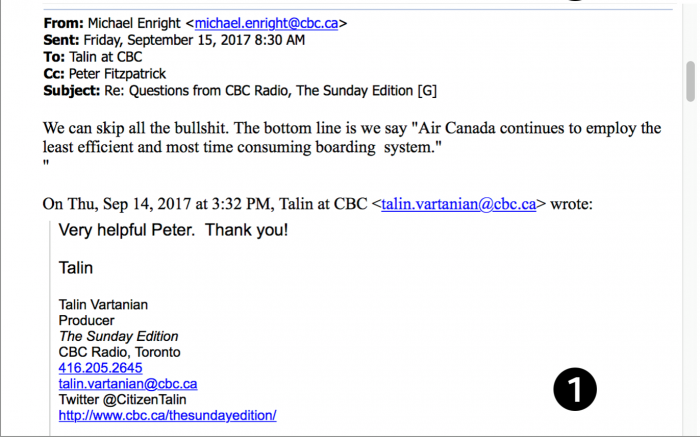 Am I surprised that someone using colorful language here? Absolutely not.

Here is the original CBC request that AC posted:

Air Canada’s media team must have been vacationing somewhere if they are not getting back to the CBC. Not good!

Here are the Air Canada’s replies that AC posted:

There are quiet a few comments on the Facebook page. I would say that majority are supportive of Air Canada as one would expect. Why would they otherwise follow the company?

Then there are some that are mildly critical.

I don’t think that it is good idea to start a fight with a media network. If they have an issue with the emails, they could have aired their grievances with a competing TV network or perhaps a newspaper. It would have been more mature and appropriate way than using Facebook.