This week the Compensation Clinic-case comes from a Reader Question that I covered here on LoyaltyLobby back in March (read more here).

Remember that you can always email us, send a message via Facebook or use Twitter and include photos too. We’ll try to cover a different Compensation Clinic case here once a week.

Here’s the reader’s email from March:

I wonder if you can help me.

Does she have a claim under EC 261/2004? Or does the reach of EC 261/2004 only extend to the first flight outside the EU which was only 2 hrs 8 mins late? I have done some google searches but couldn’t find the answer and hope you might know since LoyalyLobby cover this topic quite frequently.

Here’s my advice at the time:

The EC 261/2004 applies in this case because the trip started in Europe and merely transit happened in Guangzhou. The reader’s wife arrived in Australia 12 hours late.

Reader should contact China Southern in Europe and request 600 Euro compensation due to arriving at their final destination more than 4 hours late.

China Southern may offer vouchers or miles as a compensation but they are in this case required to pay cash. If they decline the claim, the reader should contact the enforcement body in The Netherlands.

And here’s update from the reader:

Just updating with the outcome. The claim was successful. China Southern acknowledged the veracity of the claim reasonably quickly but took nearly 3 months to pay the claim out. They have now done so.

China Southern took three months to pay the claim that is unreasonable. Glad that they did knowledge without a “fight” that they were required to pay this compensation.

Remember that the EC 261/2004 does also apply for connecting flights when flights are late and connections missed even outside of EU.

Wonder why government outside of EU haven’t instituted something similar (except Israel and Turkey)? The air travel is very lopsided. Airlines can cancel, delay or bump you hardly without any recourse. 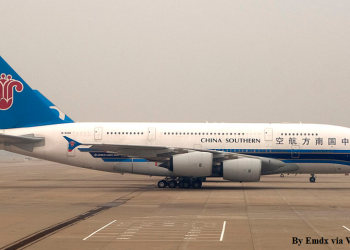