Ryanair has found itself in trouble this week after the airline was found misscheduling pilots’ vacation time and need to bring this inline before the end of the year. 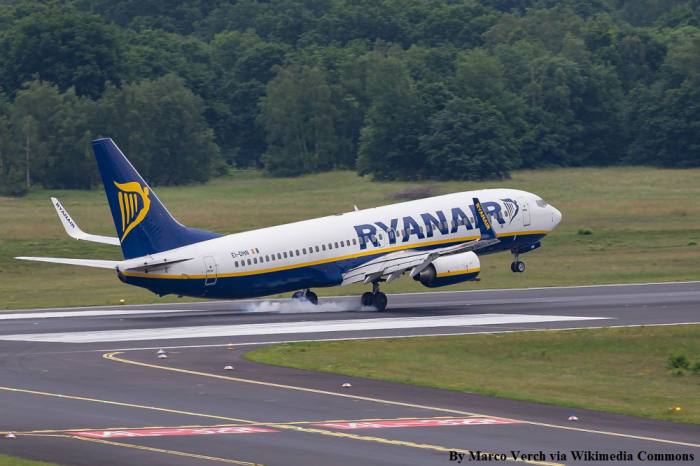 The airline needs to cancel roughly 50 flights per day for the next 6 weeks. This will likely affect more than 300,000 passengers based on average Ryanair passenger loads.

Here’s an excerpt from Bloomberg (access the piece here):

Ryanair will offer refunds or alternative flights to affected customers over the period, it said in a statement on Friday, adding that the cancellations, which amount to about 2 percent of its network, won’t have an impact on earnings in September and October.

Ryanair is mandated by the Irish Aviation Authority to bring time off for the staff in line with the calendar year from Jan. 1, requiring it to distribute the backlog before the end of the year. That’s left the carrier without enough pilots and flight attendants to man its full fleet of Boeing Co. 737s until the start of its winter timetable in November.

The Irish Regulator has posted the following guidelines for compensation (access here):

Cancellation with prior notice.

Under the terms of the Regulation your entitlement and compensation varies depending on when you were informed of the cancellation.

The airline must provide at least two weeks notice to avoid paying compensation and they must then offer either:

If you have been given between two weeks and seven days notice the airline must offer a choice between:

Less than seven days notice requires the airline to offer the choice between:

Airlines are entitled to offer a passenger comparable transport to the final destination if no alternative flight with the carrier is available.

Cancellation upon arrival at the airport.

In the event of a cancellation without prior notification the Regulation provides the following:

“If you are denied boarding or if your flight is cancelled or delayed for at least two hours, ask a the check-in counter or boarding gate for the text stating your rights, particularly with regard to compensation and assistance”

Compensation in the event of a cancellation depends on the distance of the flight and the reason for the cancellation.

If an airline can prove that the cancellation was caused by an extraordinary circumstance which could not have been avoided even if all reasonable measures were taken no compensation is payable.

As previously stated, the distance of a flight determines the amount of compensation due.

If the flight distance is:

If an airline can offer rerouting to the final destination that does not exceed:

the compensation will be reduced by 50%.

It is very important to note that compensation is distinct from and separate to the notion of reimbursement of expenses and/ or the refund of the cost of an unused flight ticket.

The problem is that some of these routes are thin and Ryanair may not get you to the final destination for days.

As Ryanair is a truly LCC, they don’t have ticketing and interline agreement agreements in place with other airlines to whom they could just move the affected passengers.

If the flight(s) that Ryanair tries to suggest are not appropriate, the passenger may purchase alternate flight(s) and seek reimbursement from Ryanair. Expect this process to take some time and you perhaps need to get regulator involved as well.

Ryanair is required to provide Duty to Care per EC 261/2004 for those passengers that are stranded. This means hotel accommodation and meals in case of long delays. If they don’t provide these, book hotel by yourself and retain receipts. You need them for the claim.

Ryanair has tried to soften their image and become more acceptable choice for even business travelers. Let’s hope that they can resolve these pilot scheduling issues or hire more.