A powerful 7.1 magnitude earthquake has hit parts of Mexico this week and destroyed vital infrastructure including parts of Mexico City International Airport that had to close/ limit operations for the past days. 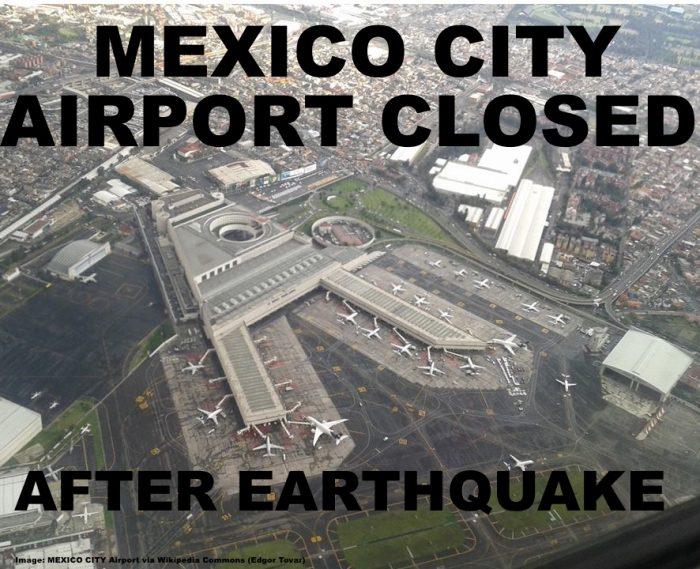 All facilities had to be evaluated for structural integrity before the airport was able to resume operations as of this afternoon while many parts of the city itself still show heavy signs of destruction.

This has certainly been a crazy few months as far as natural disasters are concerned and mother nature shows no sign of slowing down at this given time.

Fortune (see here) reported about widespread destruction in the are and instability of airport facilities, leading to the temporary closure of the Terminal 2 at Mexico City International Airport.

Mexico’s busiest international airport has closed following a powerful 7.1 earthquake in the central Mexican state of Puebla, which is southeast of Mexico City. So far the estimated death toll is 54, according to the Wall Street Journal. The earthquake also damaged buildings, including those in Mexico City’s historic districts of El Centro and Roma.

The Aeropuerto Internacional de la Ciudad de México, or AICM, posted on Twitter that flights have been suspended until the Mexico City airport infrastructure can be evaluated. …

The AICM, which is the primary hub for airline Aeroméxico, said flights flying into the Mexico City airport were being diverted to other airports including Guadalajara, Toluca, and Acapulco. …

By now the airport is back in operation but of course delays continue and at the same time plenty of passengers are trying to leave as well, causing congestion at the terminal.

We inform our passengers and the general public that due to an earthquake which occurred in Mexico City, all flights to and from Mexico City International Airport as of today and until September 21, 2017, are protected by our flexibility policy without fees for any itinerary changes until October 31, 2017.

If you’re scheduled to depart from or even fly to Mexico City these days it’s recommended to check for the flight status information on your airlines website.

The Aeromexico website can be accessed here in order to verify flight data.

Airfare of the Day [Business Class] AEROMEXICO Los Angeles to Tokyo from $2,384