Singapore Airlines is very protective of its premium cabins and makes them available for redemptions from limited number of programs.

This is good for those that have KrisFlyer miles as they come handy if one likes to fly every once in a while on Singapore Airlines first class using miles.

As I was in Asia and traveling with a friend (we were going to Bali), decided to try redeeming KrisFlyer miles for two from Hong Kong to Jakarta.

Didn’t take screenshot from the award availability at the time. 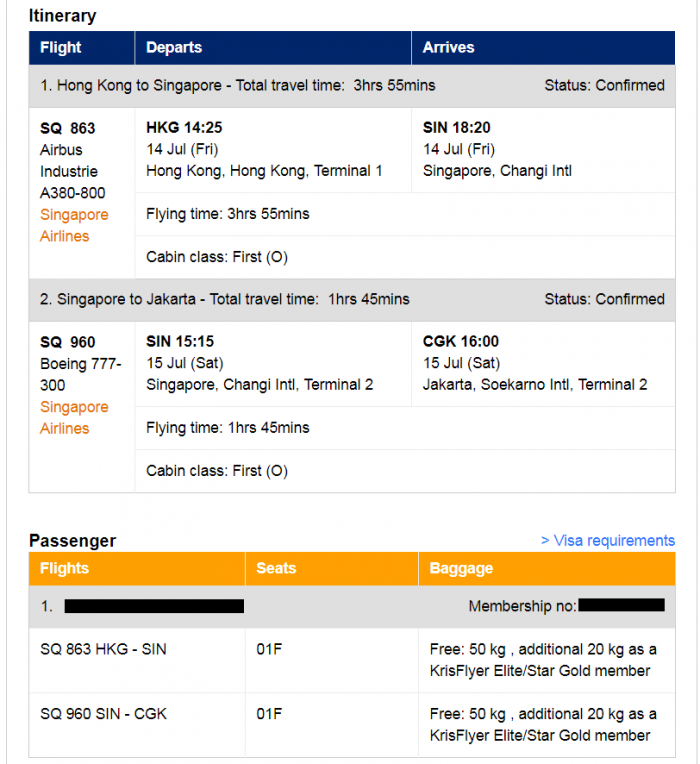 The online had availability for one in first class and thought that I would just redeem the second seat in business class. I was surprised that the system allowed me to make second first class redemption immediately and it was confirmed as well.

The Hong Kong to Jakarta requires 37,500 KrisFlyer miles and $46. The segment to Jakarta is basically free. The number of miles required from Hong Kong to Singapore is same.

Made the Book the Cook Lobster Thermidor booking as well.

These KrisFlyer miles are useful when used for Singapore Airlines awards. They are often available as they are not made available easily from other programs.