There was already confusion around this promotion in early August when the promo was retired for short period and IHG Rewards Club customer service was claiming that it has been ended early (read more here) only to be resurrected couple few days later.

You can access IHG Rewards Club page for this promotion here.

Here are the pieces that I have written about this offer this year:

UPDATE: IHG Rewards Club Book Direct Promo For Up To 40,000 Points (Seems To Have Returned)

Here’s an email from the reader today:

I was under the impression that this offer is open to all. Refer to this page: https://www.ihg.com/content/gb/en/deals/member-offers/book-direct

The terms and conditions says “Offer is eligible only to members residing in Asia Pacific (excluding China, Hong Kong, Macau and Taiwan)”. Since I am living in Asia Pacific I should be eligible. Nowhere did it say this offer is for targeted members only.

Do you have any advice on this issue? If not for the OTA Book Direct campaign, I definitely wouldn’t have made the stays I made with IHG earlier this year. 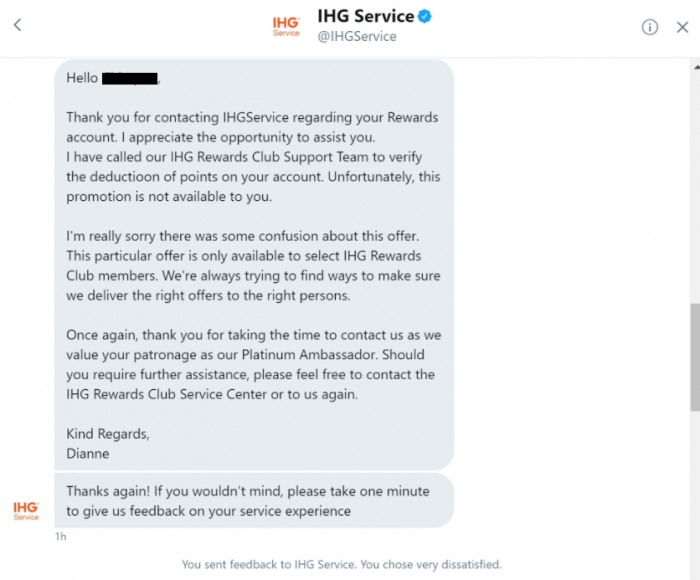 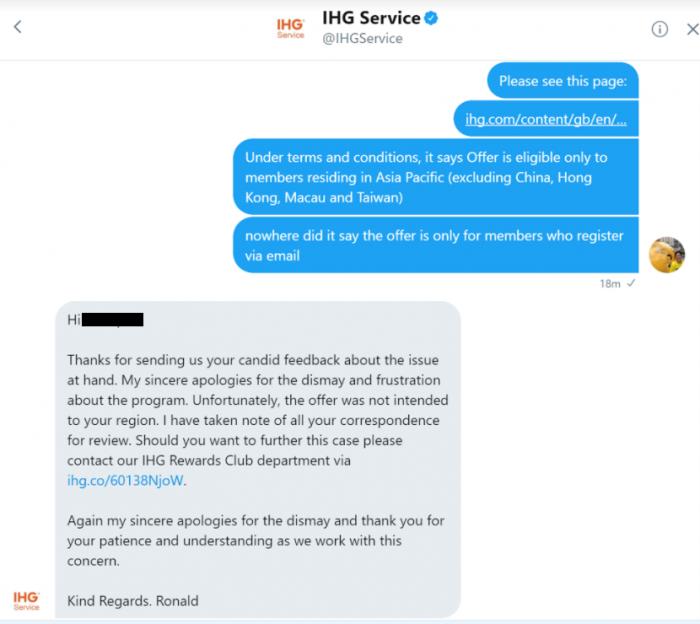 I thought that I had seen it all, but these Twitter team replies makes me shaking my head in disbelief. I believe that the CS team in Manila is just making up replies as they often do.

The promo page has sign up instructions for new members while at the same time has the usual verbiage buried somewhere in the T&Cs that “this exclusive offer is valid for original recipient only and cannot be combined with other promotions”. You can, however, combine this with other offers such as the Accelerate.

I have forwarded this case for IHG Rewards Club spokesperson in the States, but it probably takes couple of takes a day or two before I hear anything back as this offer is managed from their office in Singapore (what an irony!).

The points from this offer are still sitting from my account (already earned them in April/May). 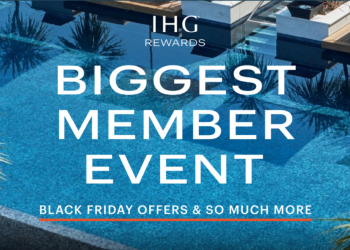 IHG has now launched its Europe Cyber Sale for stays through September 4, 2022. IHG Rewards members save up to...

IHG Hotels are about to launch their Cyber Sale valid for stays through September 4, 2022. IHG Rewards members save...