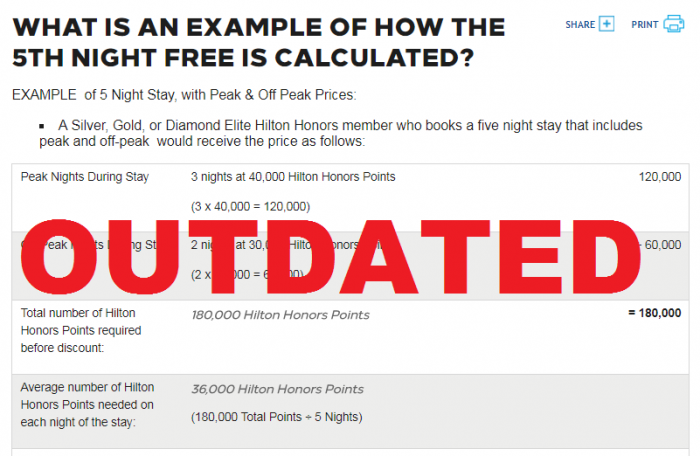 You can access Hilton Honors here (the information here about the fifth night free award option is outdated).

This is one of the properties that goes for just 5,000 points for night. There is an * showing that there would be a rate change during the stay (meaning that one of the nights is free).

Rate details then show the number of points charged for each of the nights.

The price details show the four nights costing 20,000 points and the one night being complimentary.

This change on average is neutral for Hilton Honors members. It does make it clearer, however, that you do get the fifth night free.

So, you need to pay more attention especially if the fifth night happens to be during the weekend when the rates tend to be lower. Hilton Honors now often ties the number of points required directly to the paid rates and thus that may not be the best use of this award option.

You can access here the Hilton Honors property list as of April this year that shows the old and new minimum and maximum points.