Air France-KLM’s Flying Blue is apparently moving to revenue based according to what is shown on their website for upcoming trips on/after May 1, 2018, for AF operated flights. 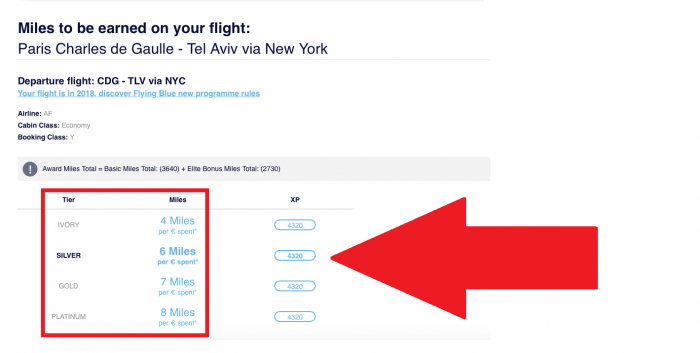 A FlyerTalk member Azureas had discovered this and posted the example above (access the post here). I was not able to replicate this using the calculator and I don’t have upcoming Air France flight that could show the message about changing earnings in the spring of 2018.

You have to keep in mind that Air France have four separate set of earnings for its flights when crediting to Flying Blue that is extremely confusing. Lowest economy fare classes earn hardly anything.

Under this new scheme members would earn:

This change likely would mostly affect those that fly on competitively priced European business class fares (currently earn 250%) and long-haul discounted business. Both would earn less. Those that fly on short-haul expensive tickets will likely earn more.

Overall, most members would earn less so in essence this would be a devaluation but on the earning side.

Surprised that Flying Blue decided to just change the calculator on its website without putting out a formal information for the program members (and some lipstick on a pig how positive these changes would be).