After the tragedy in Las Vegas the major hotel and casino companies have been reaching out to their guests, thanking them for their support and inviting them back to the city. 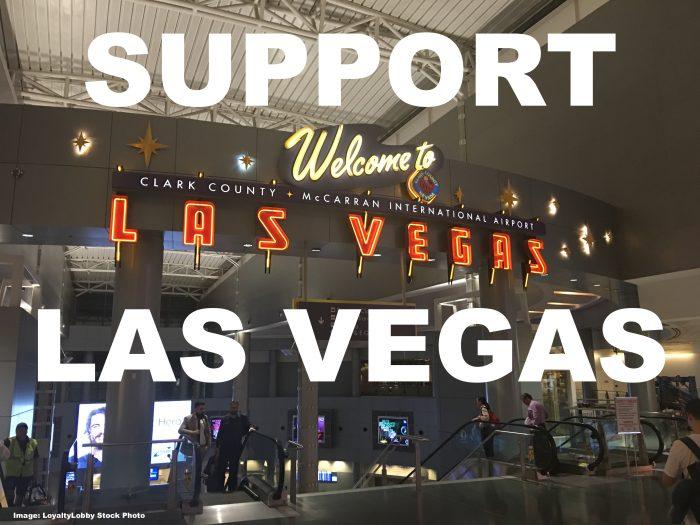 Usually after an incident like this demand for tourism cools off at least temporarily which for an entertainment destination like Las Vegas is especially difficult as the industry relies on visitors.

The event that transpired in Las Vegas will hover like a shadow over the city for a long time to come yet the people that work in the hospitality industry, especially those whose income depends on tips, rely on a steady stream of visitors to the city.

Here are the two emails I have so far received from both Caesars Entertainment and MGM Resorts.

This is the MGM mailer that came in yesterday:

The first one was from Caesars a few days before that:

I’m usually visiting Las Vegas 2-3 times per year and have just been there during the last week of September, leaving a few days before the awful event took place. Yet I don’t see this as a reason to tune down my visits to Vegas from now on, quite the contrary.

Despite the high density of resorts and visitors Las Vegas has so far been very safe as a destination and has never been the target of terrorists previously. I’ll definitely continue to support the destination and maybe squeeze in another trip this year.

I wonder if we will see an increase in security measures over the long term such as baggage screening and other measures of if that would be completely impractical and impossible to implement given the busy foot traffic in and out of the casinos.