Airberlin today announced its employees that all the flying will wind up by October 28, 2017. The long-haul flying will end by October 15 as already announced previously. This announcement doesn’t affect NIKI, LG Walter and planes/crews flying for Lufthansa’s Eurowing. 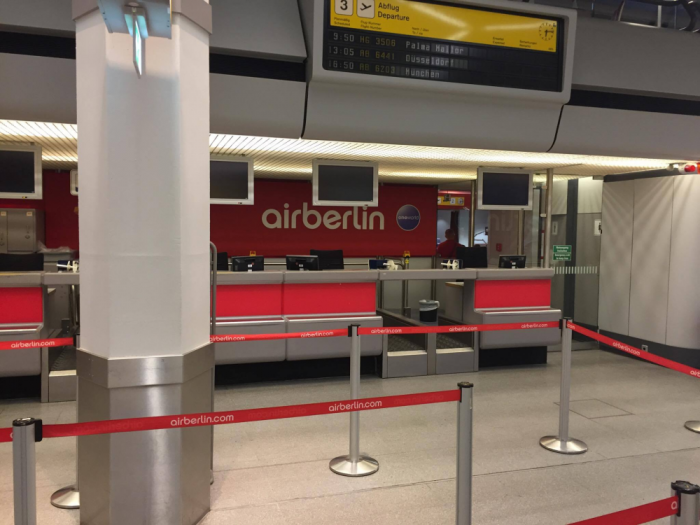 The liquidator is expected to have the final deal done by Thursday with probably Lufthansa and maybe something also ending up with EasyJet.

German deputy economy minister Matthias Machnig said he is confident a deal will be reached on Thursday.

“After purchase contracts have been agreed, the company must end its own operations step by step,” Air Berlin said in a statement.

Air Berlin’s Niki, which flies to tourist destinations, and regional airline LG Walter are not insolvent and will continue to run, the company said. It will also continue to fly 38 planes as part of a wet lease deal, under which Lufthansa rents crewed planes from Air Berlin mainly for its Eurowings brand, until competition authorities have approved the sale of assets.

Air Berlin Plc will end flights on Oct. 28 at the latest and is encouraging employees to seek jobs elsewhere as the company’s liquidation efforts proceed, according to a letter to workers from the carrier’s top two executives.

The airline has begun talks with labor leaders on terms for letting employees go, Chief Executive Officer Thomas Winkelmann and general representative Frank Kebekus said Monday in the letter. This week marks a crucial phase for the future of Air Berlin’s staff, planes and airport slots, as weeks of intensive, exclusive negotiations with Deutsche Lufthansa AG and EasyJet Plc are set to end Thursday, they wrote.

While the bankrupt carrier is trying to find positions for its roughly 8,600 employees, they should still try to find new jobs on their own because “prospective buyers of parts of Air Berlin intend to appoint new staff in the majority of cases,” Winkelmann and Kebekus wrote.

The Monarch collapse may have opened EasyJet more opportunities to expand on its home market making Germany not as attractive and thus the lower bid.

You cannot buy Airberlin’s planes because they don’t own a single one. You can hire away the cockpit and cabin crew. Planes are available from the leasing companies. Why would you need to pay anything for the Airberlin’s liquidator?

So, now it is certain that all the flights will end by the October 28 and perhaps sooner. We should know more hopefully by the end of the week.