Ryanair’s Chief Operations Officer (COO) Michael Hickey has resigned from his post effective the end of October and will remain with the company in an advisory role. 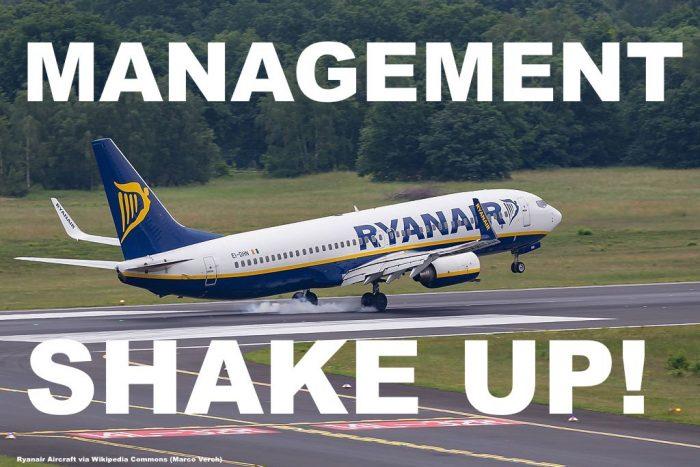 The management shakeup was announced by the company yesterday as they were likely scrambling to find a ‘fall guy’ in order to start fresh in this awful pilot scheduling issue.

From the description of things Mr. Hickey has a 30+ years career with the Irish carrier and is a close confidant of CEO Michael O’Leary.

Ryanair‘s chief operations officer has resigned weeks after the airline was engulfed in a pilot scheduling error that saw 20,000 flights cancelled. Michael Hickey will leave the company at the end of the month, the airline announced.

Around 700,000 passengers were forced to change their travel plans after a rostering error forced the airline to cancel thousands of flights up to March 2018.

Ryanair boss Michael O’Leary said Mr Hickey, who has had a three-decade career with the airline, will continue in an “advisory role”.

“Over the past 30 years, Mick Hickey has made an enormous contribution to Ryanair, especially the quality and safety of our engineering and operations functions,” he said.

“He will be a hard act to replace, which is why we are grateful he has agreed to continue in an advisory role to smooth the transition to a successor and to complete a number of large projects he is currently working on, including a multiyear engine maintenance contract and new hangar projects in Seville and Madrid.”

The current state of affairs within Ryanair can only be described as a disaster as the pilots revolt against the companies lack of proper working conditions such as heavy scheduling, lack of contracts and mediocre pay.

Ryanair is now attempting to counter the bad mood in their pool of pilots with bonus payments in order to prevent them from jumping ship to other growing carriers in Europe and beyond. CEO O’Leary wrote in a letter addressed to his pilots that this payment would be a performance bonus and that Ryanair is a secure employer compared to other emerging carriers. Airlines such as Norwegian grew in an explosive manner during the last two years and only time will tell how sustainable that will be.

Hopefully the company will get this scheduling matter under control and also tackle their issues in the employment sector. Flying with unsatisfied pilots is the first piece of a puzzle en route to a possible disaster in the making. Ryanair has circumnavigated due diligence in employment and customer service for years and decades. The carrier is known for high pressure on their staff (their flight attendants have high sales targets to sell the junk which the carrier sells during the flight) and they are also notorious for ignoring legitimate EC261 compensation requests.

There are too many issues with Ryanair at the moment and the airline has to start taking these things serious if they want to continue operating. It’s safe to say that O’Leary has also made more than a few enemies over the years which also includes political figures. Not difficult to imagine some people just waiting for an opportunity to give him a hard time.