This week we have a Whine Wednesday about an ever popular topic, namely bad taxi services and this issue applies especially to Phuket, Thailand where a local ‘taxi mafia’ rules with an iron fist.

Getting a proper and honest taxi can be a bit of an issue in South East Asia (more problematic in Jakarta, Manila and Kuala Lumpur) but in the case of Phuket it’s not the driver who rips you off.

While taxi service in Bangkok is rather affordable other destinations in the Kingdom aren’t exactly easy because local individuals formed sort of a Mafia style consortium to keep prices artificially high.

So it goes that taxi transportation in Phuket is double the price as you’d pay in Bangkok and the vehicles are in a dismal state (the last one I took there reeked of Gasoline). At least originating from the airport some taxis use the Meter but again these are set to unrealistic rates.

During my previous visit to the island I was in no mood to take another one of these awful cabs and decided to google around to find an alternative to the expensive hotel transfers. I was able to find a local transport company (many suppliers available) which charges 800 THB for a clean Standard Size car (Toyota Camry etc). Since I already paid 600 for the cab I have no problem shelling out another 200 THB (US$6) for a nice, clean car without any issues and discomfort. I wouldn’t necessarily endorse the company I used here though because I wasn’t really happy with the car this time and neither with the fact that the driver was 20 minutes late. 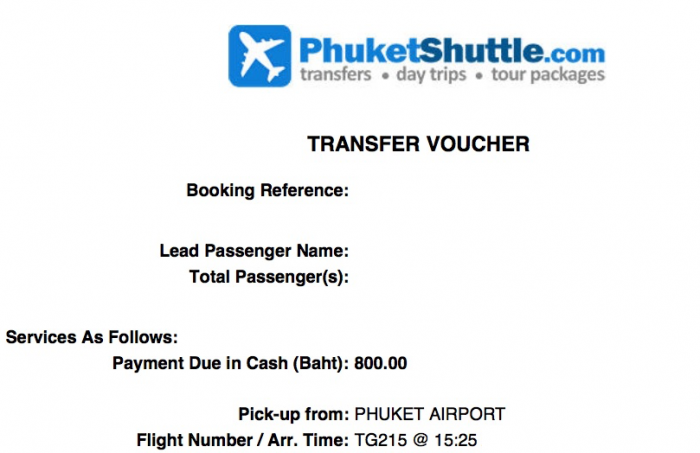 Unfortunately Phuket is one of these destinations where UBER is not available. And it would certainly be available if the local mafia wouldn’t be notorious for using violence so nobody dares to tap into the market.

I really prefer UBER (such as recently in Bali) when going to such destinations unless the hotel can provide a reasonable priced transfer which is sometimes included in a suite or villa booking.

As far as Thailand and specifically Phuket is concerned I guess it’s one of these things you better know before you go to such places and make your peace with it. No point of getting upset about being ripped off everywhere and ruin your holiday. That being said for island holidays I really prefer Bali as I feel there is more honesty in the transactions.