Earlier in the month, I reminded readers (read more here) that they should be alerted when consuming adult beverages in Dubai and Abu Dhabi as this may cause issues (you can be charged for not having an alcohol license). 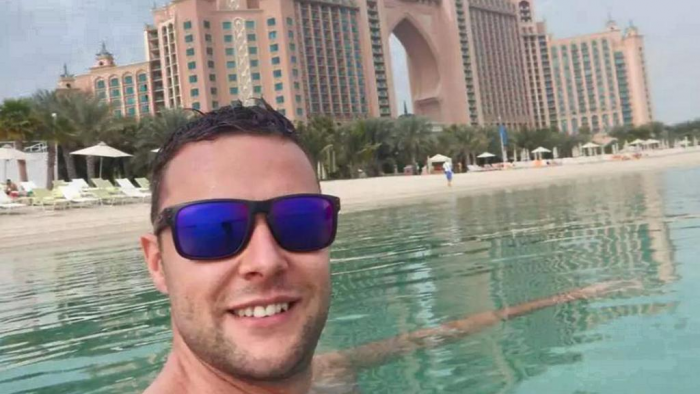 There was this case of a Brit getting into a trouble in an after hours bar in Dubai by having touched another person and allegedly giving a middle finger. Dubai court gave on Sunday three month prison sentence that the UAE ruler apparently today dismissed.

Here’s an excerpt from DailyMail (access the piece here):

A British electrician has been sentenced to three months in prison in Dubai for touching a man’s hip in a bar, according to campaigners.

His accuser dropped the complaint, but local prosecutors decided to proceed with the case.

He is not currently in custody, but did not appear in court. His lawyer represented him at the sentencing and they have two weeks to appeal the decision.

Jamie Harron, 27, from Scotland, was arrested after a German expat called police alleging the man had patted his behind, then flashed his middle finger, the court heard.

The incident took placed at a bar in the Barsha Heights district on July 15.

The victim, who is of Jordanian descent, told Dubai Criminal Court that when he questioned Harron about touching his behind, the accused flashed his middle finger.

“I didn’t say anything nor did I scream or insult him. I just called police, who arrested him,” said the 49-year-old manager, who had not met the accused before.

And here’s an update from Euronews (access the piece here):

However in a potentially dramatic twist on Monday, the campaign group Detained in Dubai tweeted that Harron had been told by police that the case was dismissed and that he could retrieve his passport. It was not immediately clear what the outcome or the exact situation was.

Certainly both parties had had adult beverages or otherwise they wouldn’t have been at this “after hours” place in Dubai partying. Would have been better if these expats had been able to sort it out between themselves without dragging the police to the picture.

This drinking in Dubai and Abu Dhabi is really problematic. You can do it in licensed venues. If you, however, run into any issues with law enforcement you can also be charged for not having an alcohol license as was the case with the Brit here and numerous other tourists.

Glad that the sentence was dismissed (if that really is the case). I am sure that the publicity surrounding this Brit made his highness to come conclusion that getting him out of Dubai sooner rather than later was the best possible outcome.