Can’t Make It On United’s Final Boeing 747 Voyage? Now You Can Still Have A Piece Of It (Literally)

When the Queen of Skies, United Airlines last Boeing 747 will made it’s final voyage on November 7th not everybody can actually be on it but now you can actually own a piece of the plane itself.

Mileage Plus members who want to own their own piece of a Boeing 747 from cut out windows to a row of seats have the chance to bid on these items or do a direct purchase with their mileage balance.

The 747 has a unique standing in the world of aviation due to it’s decades of reliable service and iconic looks. When I left San Francisco Airport a few weeks ago I felt like something would be missing once the United Airlines 747 would be forever gone from the tarmac of the west coast hub (and nationwide).

Apparently many folks feel the same way as the entire topic has created a lot of buzz in the media as it did every single time when a major airline retired their 747’s. 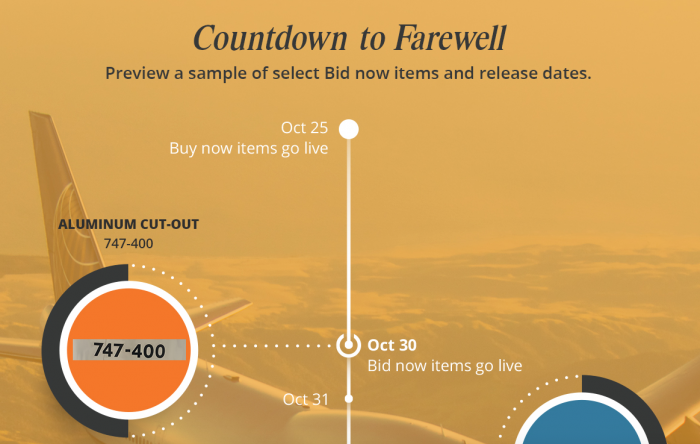 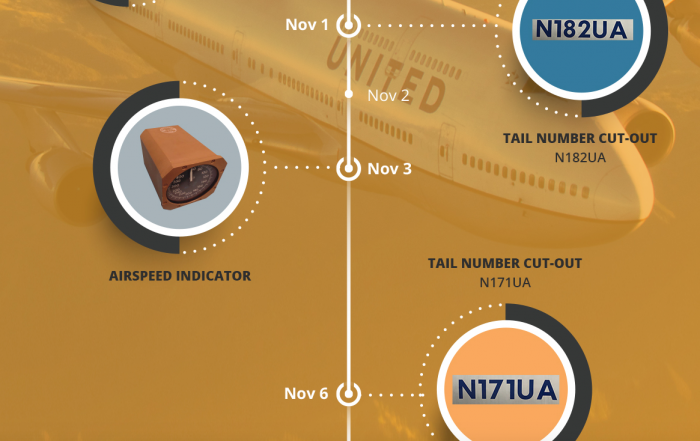 The timeline began yesterday with some Buy Now items being available (You can still purchase a row of Economy Class Seats – shiver!) and auctions of various memorabilia beginning on October 30th.

There will also be items such as tail numbers and airspeed indicators. 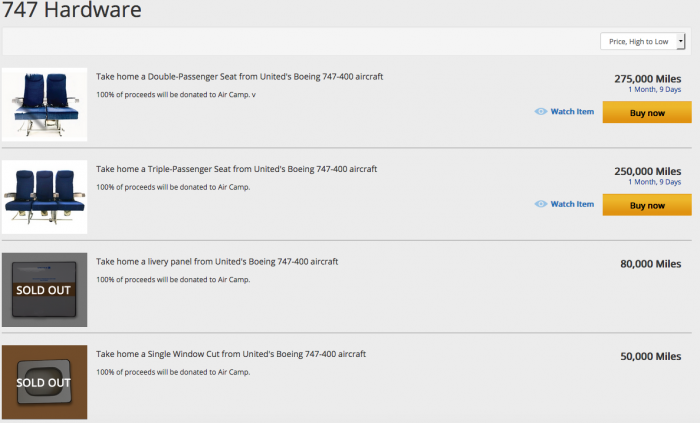 I’m not sure for how much money in cash such items usually go for but 250,000 United MP miles have quite some value. Even with a low valuation of 1.5 cent per mile (cpm) this would represent a US$3,750 value. Not a great deal if you ask me, even though the proceeds will be donated to educational charity Air Camp.

If you find something nice in one of these auctions that might peek your interested then sure why not but it also narrows down to how you value the miles in your account. You might also want to look around if similar items are available elsewhere for a much better deal such as on ebay. Airlines sell off certain things such as outdated cabin interior and collectors are often able to pick them up at auctions or online.