SPG and Uber launched partnership back in 2015 where Starwood Preferred Guest members could earn Starpoints for their rides made on Uber and more when those happened during their stays. 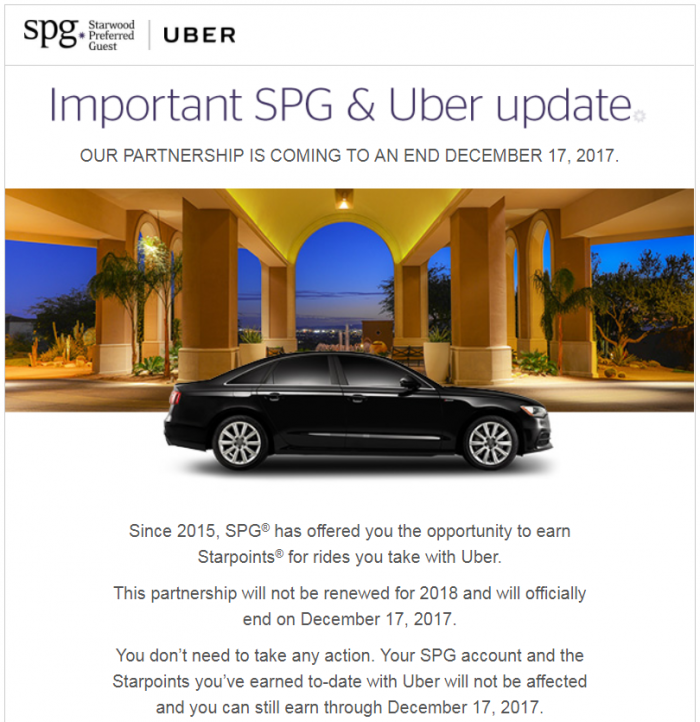 Now, the partnership between these two companies is coming to an end on December 17, 2017.

It is unclear if Marriott has decided to start slowly winding down the partnerships that SPG has such as the one with Uber that they won’t bring to Marriott Rewards.

Sad to see the partnership with Uber gone. This was great way to earn some Starpoints for rides on Uber, although didn’t like the reduced rates that were introduced earlier this year.