This week the Compensation Clinic-case comes from a reader’s delayed KLM flight that was more than four hours late arriving from Los Angeles to Amsterdam and how the claim was handled by Delta. 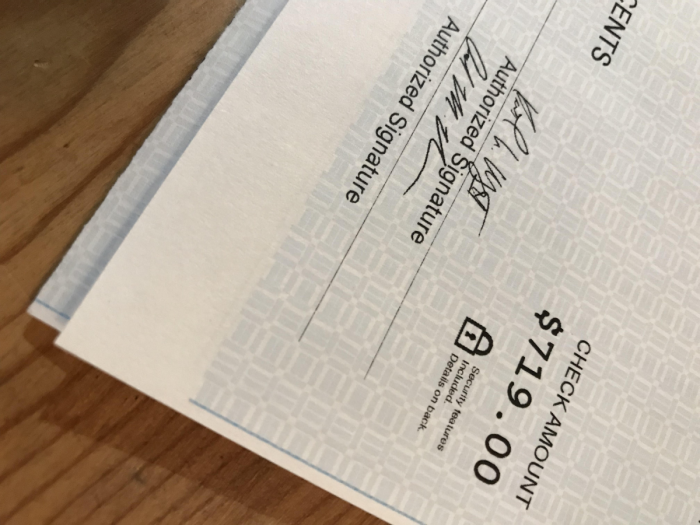 In September, I had a 4.5+ hour delay on a KLM flight from LAX-AMS. John confirmed that delay was covered under The Flight Compensation Regulation 261/2004 is a regulation in EU law establishing common rules on compensation and assistance to passengers in the event of denied boarding, flight cancellations, or long delays of flights.

I filled out a web based form at KLM.com/us and hadn’t heard anything until a few days ago when a rep from Delta/KLM at a Georgia area code phone number called me to confirm they had received the inquiry. They apologized for the delay, asked to confirm my mailing address for a check. They also thanked me for being a Delta Diamond Medallion member and again apologized for the delay.

The rep called back a moment later to advise that the exchange rate had been greater on the day of my flight than today, so the amount in USD she quoted was actually going to be a few dollars higher than she previously mentioned. She again thanked me for being a loyal Diamond Medallion. She advise the check would be mailed within 10 business days. I received it 3 days after the call.

The delay caused me to misconnect on a separate ticket, so this compensation helped make up for costs associated with that.

Overall I was happy to have this resolved in my favor and very pleased by the personal call to let me know a check was being mailed. Kudos to KLM and Delta for seamless cooperation handling matters for US based customers.

The ticket was issued on Delta’s ticket stock but on KLM flight numbers.

This is how the EC 261/2004 claim process should work. You file the claim, the airline processes it and sends you the money (preferably by wire but checks are sill common in the US).

Delta issues tickets on Air France’s and KLM’s behalf in the United States even when there are no Delta segments on those and take care on customer service. This is probably leftover from the times when Northwest and KLM did very close co-operation.

This is also good reminder that one should left plenty of time in between flights if on separate tickets. If I begin a long-haul trip and need to position, I always try to fly in the day before just in case.