This weeks Fabulous Friday features the armada of robots that are ’employed’ by Seoul’s Incheon Airport to complete several tasks such as cleaning but also guiding passengers through the terminal. 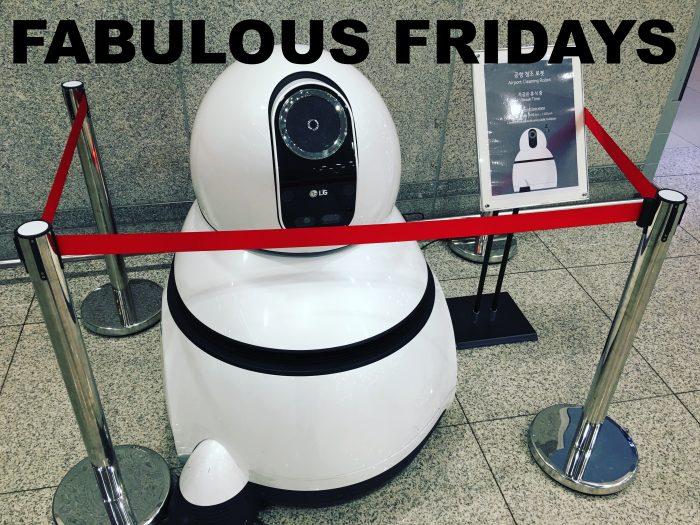 The airport has started to deploy their new helpers earlier this year to assist passengers and also complete tasks such as cleaning public areas.

I havent been back to Incheon since the robots are on the loose and was surprised to see them buzzing around the departure/check-in area and people were engaging with them.

Different robots have different tasks and the one in the picture above was waiting in the corner until his duty time as a cleaning machine comes.

I also found an interesting news report on YouTube about the robot deployment at ICN:

I was watching children and also adult passengers who were waiting in the departure hall. While this seems to be still a sort of experimental stage and showcasing of LG’s products.

Sooner or later we’ll rely more and more on robotic help not only in the industrial area but also in private households and the service sector. Probably it takes some time until we start to accept that most simple tasks will be provided by machines and as far as traveling goes, John just visited Singapore’s brand new Terminal 4 (see here) that relies to a large part on automation.