Lufthansa has finally unveiled a new Business Class product which will be featured first on the carriers Boeing 777-900 aircraft that are scheduled to join the fleet in 2020.

With introduction of the new product Lufthansa flights will finally feature single seats in the Business Class cabin and with that a completely new privacy concept compared to present conditions.

All eyes were on Lufthansa’s Twitter account (see here) yesterday when the airline published the renderings of their new Business Class cabin: 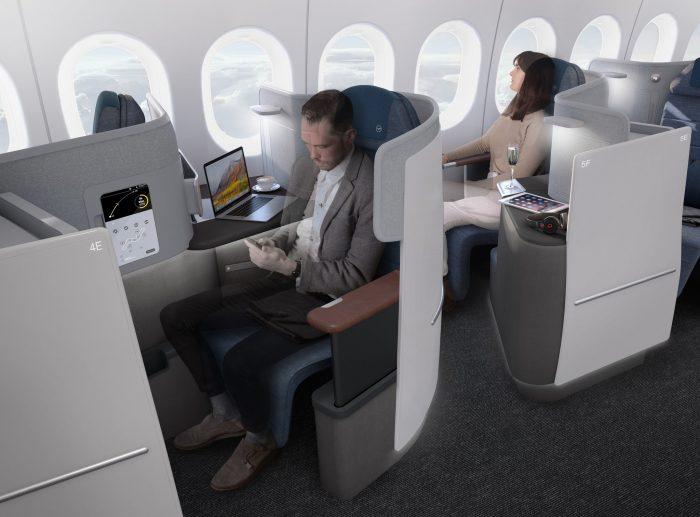 Seats are arranged in different positions, both as aisle or window seats but either one of them has direct aisle access. 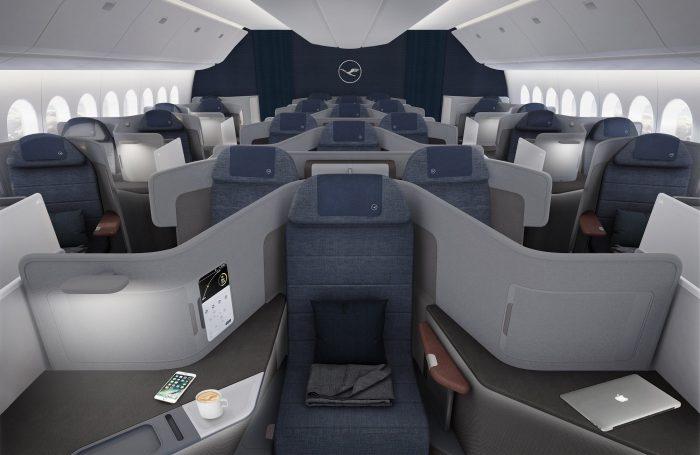 These single seats in the middle are really interesting as they seem to have extremely generous space, both to the left and right. While I generally don’t like middle seats at all, if this is the final concept then this could certainly change my mind.

In any case this design is a wholesale departure from the current Lufthansa Business Class cabin which I found to be rather strange from the beginning, especially the ridiculous foot space:

Lufthansa is scheduled to take delivery of the Boeing 777-900 over a five year period as the launch customer of this new generation of the B777.

What is the bitter pill about all this? Lufthansa is tight lipped about refitting the existing aircraft with this new product as right now the word is only about the new 777 Business cabin. Furthermore this aircraft won’t feature a First Class anymore.

It’s about time that Lufthansa offers a contemporary Business Class cabin that also features single seats instead of being forced into the weird seating ‘V Shape’ configuration. I don’t like the TV monitor positions and the close contact in the foot space to whoever is sitting next to you.

Unfortunately Lufthansa isn’t alone in the group of legacy carriers that feature double seat configurations and rather antiquated cabins. However Lufthansa’s current Business Class design is a total failure and I can’t wait until the new product is introduced fleet wide!