Two traveling Americans have caused havoc in Thailand over the past few days exposing their buttocks around religious sites and posting these photos on their Instagram account. 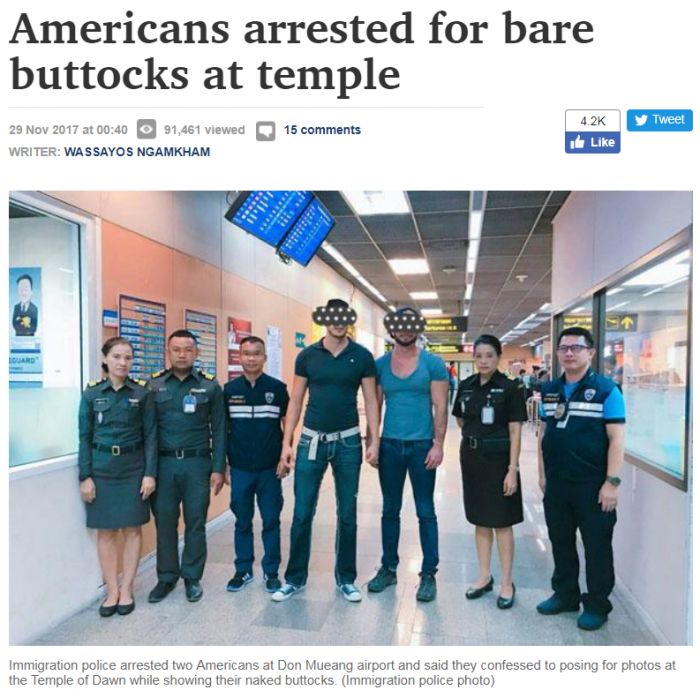 It shouldn’t have come as a surprise to them that they had been flagged and were prevented leaving Thailand last night according to both Bangkok Post and The Nation. 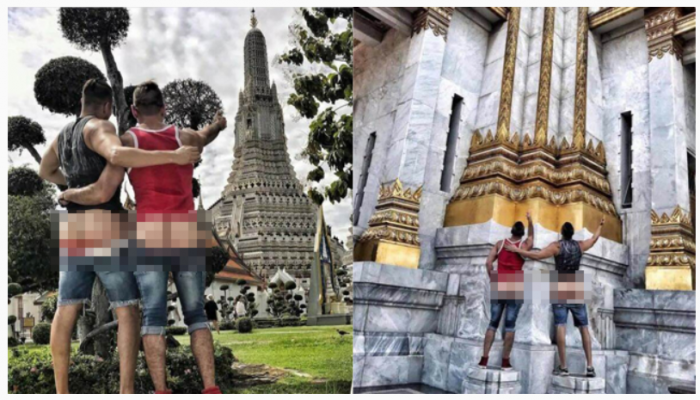 Immigration police arrested two US citizens at Don Mueang airport Tuesday night on warrants that charged they posed for pictures showing their naked bottoms at Wat Arun (Temple of Dawn).

Pol Col Choengron Rimpadee, deputy spokesman of immigration police, said the Americans were arrested at the airport at about 8pm while they were trying to depart the country.

He identified them only as Joseph and Travis, both aged 38. 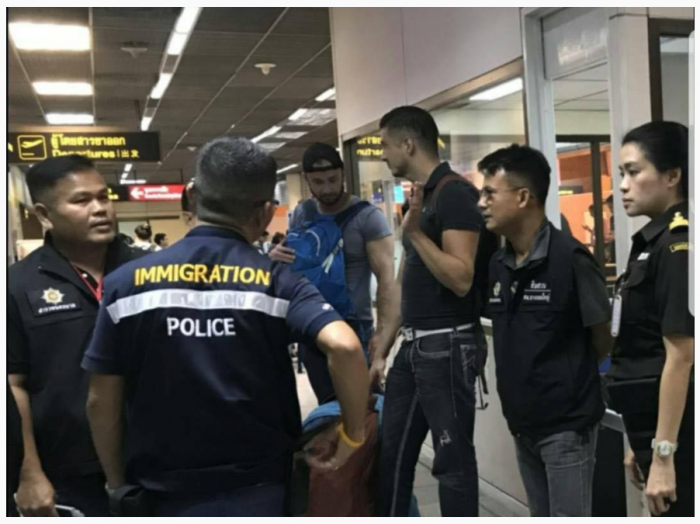 A gay American couple who author the Instagram page “Travelling Butts” have been arrested at Don Mueang International Airport for having taken photos showing their backsides with the respected Temple of the Dawn.

The spokesman said when the couple were checking out at the counter, the online database of the Immigration Bureau alerted police that they were on the arrest watchlist.

The two were handed over to the Bangkok Yai police station for further action. The spokesman said the charge would not be a normal public indecency charge. Instead, they would be charged with committing indecency in a place of worship, which carries a long jail term.

And here’s an excerpt from CBS8 of San Diego where this couple lives (access here):

The San Diego couple known as Traveling Butts on Instagram has more than 14,000 followers on the social media platform. Their photos showcase themselves posing with their naked rear ends in front of landmarks across the globe.

Their most recent posts in front of Buddhist temples sparked outrage on social media after people called them ignorant and disrespectful.

Perez believes the two are in a Bangkok jail after seeing an alarming message on Facebook. “It says, ‘anybody have any connections with diplomats in Bangkok or know a lawyer in Bangkok?’ That was my wake up call. Like, ‘Travis, what is going?’”

Wasn’t the brightest idea to expose their butts in these Thai temples and posting to their Instagram accounts while still in the country (distasteful in the first place).

Pleading for help after the fact and asking diplomats for help like they don’t have anything better to do than helping out two ignorant tourists? Just ridiculous.