Germany’s Lufthansa has been presented with the coveted Skytrax Five Star Airline Award this week, making them the 9th airline in total bearing this title. 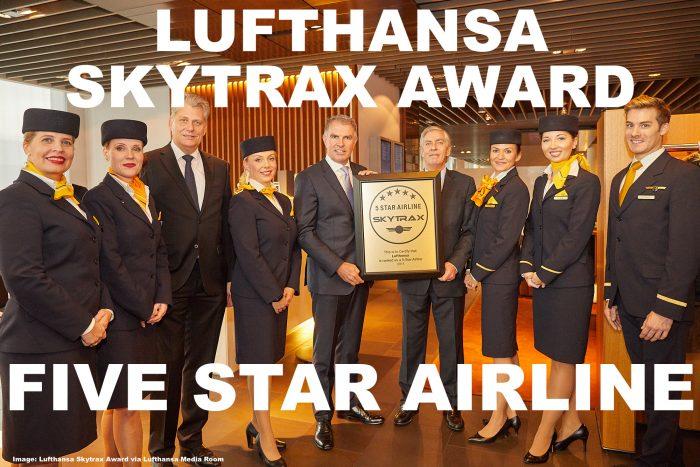 You can expect promotional campaigns and materials being updated with this certification plus a flood of advertisement emails as it has been the case with previous airlines.

The group of airlines which have previously received this award is relatively small:

The 5-Star Airline accolade is a unique mark of Quality Achievement, currently awarded to a select group of 10 airlines: Qatar Airways, Singapore Airlines, Cathay Pacific Airways, Asiana Airlines, Hainan Airlines, ANA All Nippon Airways, Garuda Indonesia, EVA Air and Etihad Airways. It recognises the highest standards of both Airport and Onboard Product provided by these airlines to their customers, together with consistent and high standards of front-line staff service across the airport and onboard service environments.

Not sure why they mention 10 airlines (counting LH) and then leaving them out when counting the carriers by name by anyway, Lufthansa is in the group as well since yesterday.

Lufthansa has also started to send out emails to their customers announcing the news as well as preparing the official press release in their media center (access here).

Today, as the first airline outside Asia, Lufthansa has received five-star certification from British aviation consulting specialist Skytrax. This puts Lufthansa in the select group of now ten airlines that have been given this coveted rating. The Skytrax jury has already been awarding five stars to Lufthansa First Class for years – now the entire airline has received the same certification.

“The award is a well-deserved recognition of our major efforts to make Lufthansa one of the world’s leading premium airlines again,” says Carsten Spohr, Chairman of the Board of Deutsche Lufthansa AG. “We have caught up because we made huge investments in our fleet, updated all our cabins, introduced digital services, opened new lounges and improved service on board and on the ground. The combination of premium offerings with the quality and professionalism of our employees has earned Lufthansa the status of a five-star airline,” Spohr adds.

Well, Etihad and Qatar Airways aren’t located in Asia so the statement of being the only airline outside of Asia to have received the 5 Star certification is actually incorrect but that aside I agree that Lufthansa has made improvements in certain fields. Problem is that none of these improvements except the Lufthansa First Class facilities and on board product are at a stage of really warranting a five star rating at this point.

Edward Plaisted, the CEO of Skytrax, confirms: “The achievement of 5-Star Airline status by Lufthansa is not only a great accolade as the first European airline to reach this target, but is a clear recognition of the improvements they have made in recent years,  particularly in all areas of the front line service delivery.”

Lufthansa has modernized their lounges, ordered new aircraft and unveiled their new Business Class a few weeks ago which however won’t roll out until 2020 and is so far only planned to be available on their Boeing 777 aircraft.

Apart from that Lufthansa was mainly in the news for extensive labor action and dozens of strikes that have impacted their operations every few months while driving customer to the brink of insanity.

You can access the detailed Lufthansa Skytrax rating here.

The individual ratings don’t make much sense to me to be honest. The long haul Economy Class is rated with 5 stars and the short haul Business Class (Economy Class chairs and seat pitch) with 4.5 Stars. None of these two reflect quality, service and value accurately. The current Business Class (rated 4 stars) has a configuration and seat design that’s simply not competitive with other Five Star carriers either. Having a seatmate in Long Haul Business Class with almost zero privacy isn’t characteristic of a 5 Star Premium Carrier in 2017. 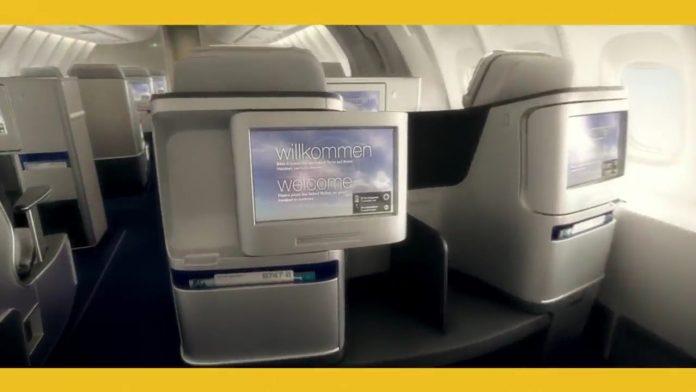 At least they are still better than British Airways who Skytrax threatened to drop to a three star rating in the summer but is suddenly (mysteriously) still listed as a four star airline months later. Apparently there has been some appeasement going on behind the scenes between Skytrax and British Airways given the strong language Skytrax CEO has regarding BA in the Daily Mail article.

I personally don’t feel that a five star rating for Lufthansa is justified at this time until they have proved over several years that their product will improve in the long term. The corner cutting methods in several areas are also not reflecting a five star airline, not even talking about the constant irregular operations due to labor action (none this year but horrendous over the previous years).

The Skytrax survey methods appear to be steering the result into a direction that isn’t necessarily neutral, one could say it’s exactly the opposite. Cases like the British Airways rating also leave a bitter taste as it seems the consulting agency is exercising pressure over carriers. Do they hope to squeeze extra business out of them? Let’s keep in mind that companies indeed have to pay to use the trademarked titles through advertisement campaigns and not only in the case of Skytrax but this is a common phenomenon across the rating industry. These awards are mainly given to cash in on licensing fees afterwards and the more winners the better for the company who gives out the titles.

More than a thousand IHG affiliated hotels mainly in the United States and Canada were affected by malware back in 2016 that resulted in...