London area airports are likely going to be hit by freezing fog on Tuesday December 19, 2017, and British Airways has already preemptively canceled some short-haul rotations planned for tomorrow. 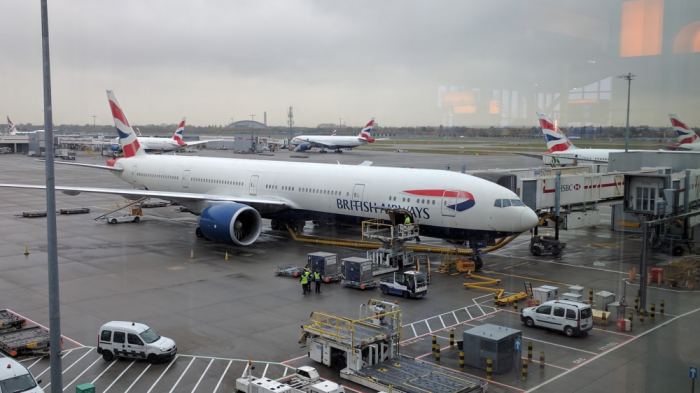 British Airways has issued travel waiver for those that are scheduled to fly to/from/through London area airports on December 19 allowing to postpone their travels free of charge through December 22, 2017.

You can access BA’s page for travel alerts here.

Here’s the Travel Waiver as of writing this piece: 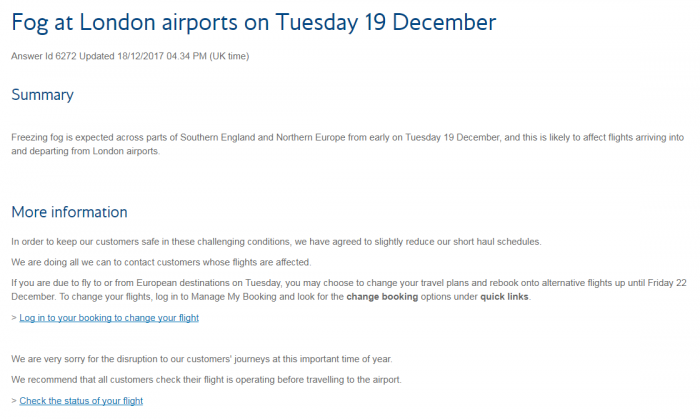 The winter weather has hit European airports hard this past week leading to delays and cancellations around the continent. Let’s hope that travel later in the week is not affected.

Remember that the Duty to Care per EC 261/2004 does apply as does the requirement to rebook the affected passengers to their final destinations on other airlines if required. I doubt that the BA.com is equipped to handle the latter.