Alitalia’s MilleMiglia program has been sending out emails to program members today about the expiry of the current edition of the program (Italian law requires this), reminder to use the miles before they expire and offers to extend some of them to the new program by taking x-number of flights. 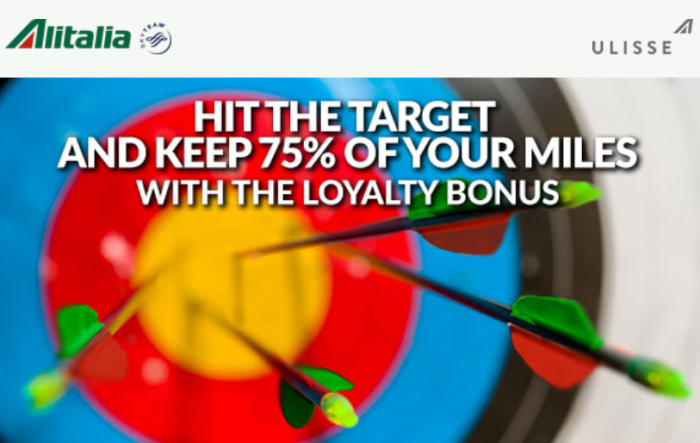 At the same time, the program is teasing about the changes planned to the MilleMiglia in the early 2018 that are not explained into detail. More info coming in 2018 (if the airline is still around)!

More Value For Your Travels

This sounds like the number of miles earned would be tied to the cash spend on the flight.

More Opportunities To Spend Your Miles

The number of miles required for most award flights has been completely out of whack with MilleMiglia.

There has been speculation on the European press increasingly over the past couple of weeks that the Italian government, which has provided short term financing to the airline (twice now) after Etihad decided that 2 billion euros their money was enough, would prefer Lufthansa’s offer over others.

It is unclear for me how this would be successful considering that the recent NIKI takeover was shutdown by the EU competition authority? Taking over much larger Alitalia would further reduce competition in Central European aviation market.

I made the decision year ago to stop covering most Alitalia related promotions because it was unlikely that the airline would have any long-term survival chances.

Etihad owns or at least owned 75% of Alitalia’s MilleMiglia program (it was one way to prop up more cash to the failing airline without breaking the foreign airline ownership rules). Alitalia has quietly removed all the references to the Etihad Airways partners from its website this month and returned using the old logo instead of the updated one introduced few years back.

Interesting to see if something will come out of this Lufthansa’s plan to purchase some Alitalia’s assets and trim down the airline or if the airline will close for good come this spring.