It was a bit strange to see a multi page advertisement about the companies successful Facebook presence while flying on a domestic China Southern Airlines flight the other day.

While airlines usually don’t produce different versions for their international and domestic routes I somehow fail to see the point of publishing something like this while Facebook is clearly censored by the government.

The censorship efforts of the PRC government don’t just include Facebook but almost all social media networks as well as messenger services like LINE, Whatsapp, Instagram and famously enough Google as well as all associated services.

The article in China Southern Airlines inflight magazine was in both English and Mandarin-Chinese  over four single pages. 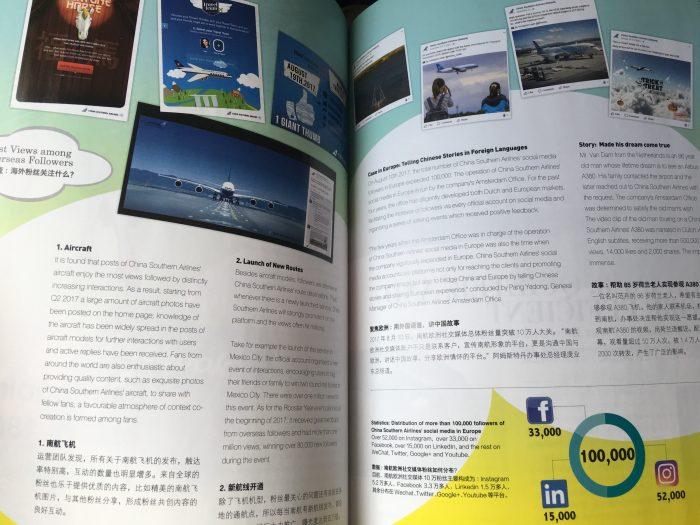 In the article the team boasts about how successful their Facebook page is and how well it was received.

I wonder why they left their disastrous status match campaign out which had been started on the U.S. Facebook page inviting frequent fliers from other programs to apply for a status match, only to be shot down later with weird explanations (or not being replied to at all). You can access the related LoyaltyLobby article here.

It seems very uncoordinated to run something like this in a magazine that is circulating China wide on all routes China Southern flies. I’m not familiar in how far such publications need to conform with the political line and party politics in the PRC but I’d be very surprised if the people in charge of the ‘Great Firewall’ and censorship index would be very happy about an article such as this on the domestic market, not targeted to a specific niche audience but available for the general public to consume.