International five star hotels in the Northeastern Chinese city of Harbin are in hot water after Pear TV was reporting on Tuesday that housekeeping staff had used same brush to clean toilets, wash basins and glassware among other things. 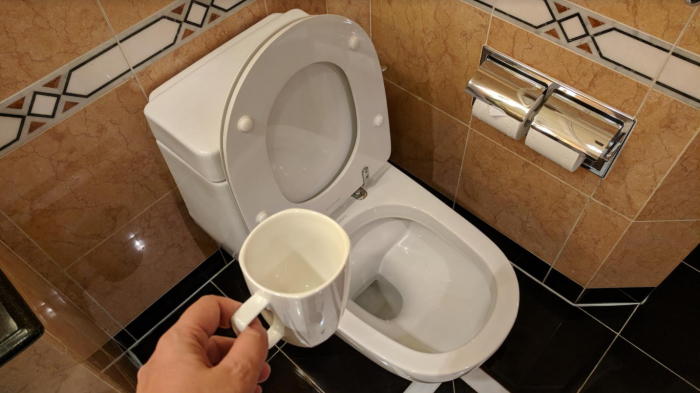 Kempinski, Shangri-La and Sheraton hotels have been warned not to do it again and all hotels have issued statements on Chinese social media apologizing for the staff misbehavior.

Here’s an excerpt from Caixin (access their piece here):

Five-star hotels in China, including a Shangri-La and Sheraton, are once again mired in sanitation scandals, after their housekeepers were found to be using the same brushes to clean water glasses and toilets.

The city government of Harbin — the capital of Heilongjiang province in China’s northeast, where the hotels involved are located — confirmed Wednesday that such missteps did take place and that it would punish the hotels.

At the Kempinski hotel, a cleaner used the same brush to clean both water glasses and the toilet, and wet a bath towel with toilet water to wipe the floor. At the Shangri-La, an employee cleaned the bathtub with a toilet brush and said, “When the customer is in, don’t brush like this.” At the Sheraton, a cleaner folded a quilt on the floor.

The Harbin Kempinski said on its Sina Weibo social media account that it “deeply regretted” the transgressions and has enhanced protections to ensure that all staff work in accordance with the strictest hygiene standards.

The Shangri-La Hotels and Resorts Group told Caixin that it is investigating the issue, and if the video shows what was purported, it is “unacceptable” and the company will immediately strengthen training and supervision and make sure that all employees follow its quality standards.

The Sheraton Harbin Xiangfang Hotel said on Sina Weibo that it was “deeply sorry” that certain employees did not strictly execute sanitation standards and re-trained its entire staff on Wednesday.

It is difficult to fault the housekeeping staff because they often have mission impossible in number of rooms/suites they need to turn during their shift, although using same brushes to clean toilets and glassware is not acceptable.

Harbin is actually very popular city to visit during their yearly Snow and Ice Festival that will take place in every January (lasts until the end of February) and I have been there twice. Will be back again in about two weeks time.