Year End Tally: What Are Your Most Valued Loyalty Programs And Does It Make Sense To Stick With Them?

December 31st, the day that most frequent travelers fear as the next day most loyalty programs reset and the madness of collecting status credit begins from zero but it’s also a good time to reflect.

Loyalty programs change every year as does product quality and the hospitality industry overall which more often than not affects the customers perception of value received.

There is often a common misconception that loyalty programs and the awards earned is something the customer gets for free and nothing could be further from the truth. It costs significantly more in the initial stage of purchasing to be loyal to a specific chain or brand rather than just going for the best price and most convenient supplier available.

We often overpay for a service just because we hold elite status with that specific supplier or are on the hunt for credits in order to keep or further the current elite level.

My most recent example was an event in Shenyang, China where everybody stayed at the Kempinski (pretty dated hotel) and I was the only one who stayed at Hyatt to clock in another five nights for the free night certificate and the upgrades. While the Hyatt was certainly the better choice, all activities started at the other hotel so commuting was really a nuisance and walking at minus 18 degrees Celsius not really in the books (even though the hotel was just 800m away).

How did my personal 2017 loyalty and status year look like? Here is the tally what I actively re-qualified:

All in all this mix will keep me more than covered over the 2018 travel year and has served me well in combination with each other over 2017.

At the same time though it’s good to have a glance if you’re still getting value for money out of these programs. As I said above, whenever you’re hooked on a loyalty program you automatically pay on top. You can be frugal, find the cheapest rates and facilitate a Best Rate Guarantee wherever you can but this is very difficult if you really have to be at certain locations or require flexibility. Especially if a hotel top tier status requires a volume of 50+ nights.

Down the line when plenty of points and awards are accumulated you’re able to use them for high value redemptions to bring down your overall cost again but until then chasing loyalty status is a rather expensive exercise in some instances.

My example with Hyatt this year is a pretty good example:

32,836 points means $6,567 has been spend spent on Hyatt in 2017 or an average of $109.45 per qualifying night. This also includes a couple hundred dollars for F&B spend but not significantly much. It’s very difficult to reach such a low ratio with Hyatt as their rates are usually pretty high. Doing many cash&points stays certainly helped too.

I did take a hard look at Hyatt after the program change and actually audited all of my program memberships to make sure I don’t pull the wool over my own eyes when it comes to how useful they are to me. Despite the very high 60 night requirement it made financial sense for me to requalify for Globalist and I expect that once large number have been culled coming March 1st the on-property treatment will improve dramatically.

Some elite memberships such as Hilton Honors are very easy to obtain. Hilton Gold is usually available through one of the various fast tracks and only 4 stays. Hilton Diamond is offered via a status match challenge and only requires 8 stays. I consider Hilton Gold the best mid tier status level there is considering the benefits and how easy it is to acquire.

Take a hard look at the different memberships you have and also include credit cards that can sometimes come with high annual fees. It only pays to have premium credit cards if you use all of their benefits in order to claim back your annual fee in whole or close to it.

At the same time, paying always on top just to keep a certain elite tier isn’t smart either if you can’t recoup some of your investment with high value redemptions later. Be frugal, be attentive and focus on the travel experience overall!

Many websites allow for reader comments on post.  This allows for sharing of discourse between readers, however websites that allow...

Considering what is going on in Burma or Myanmar at the moment, a military coup, we'll have a throwback to... 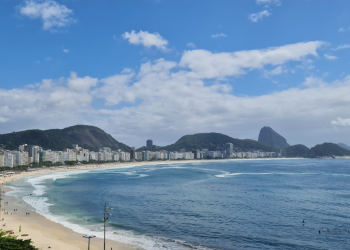 When I noted in an article in December that I went through a coronavirus infection in Brazil and survived, I...