Back in December 2016 Alitalia has filed a fare with an incorrect pricing for routes between Germany/Italy and Asia/South Pacific on Alitalia ticket stock including flights on their partner Etihad.

The airline subsequently decided to cancel all the tickets even though payment had already been taken and we still hear about many cases from readers who still haven’t gotten their money back.

Some readers were successful in claiming a credit card chargeback but others were not or haven’t pursued it properly. In either case we had one such cases brought to us from a reader in Germany and decided to follow up with Alitalia.

John had also purchased two of these tickets and got them refunded after half a year of neglect on Alitalia’s side (he wrote about it here).

In our case the reader purchased a ticket for himself and his wife for the route Florence-Abu Dhabi-Singapore / Singapore-Abu Dhabi-Duesseldorf via OTA Opodo Germany at a price of 648 EUR per passenger in Business Class.

The ticket was issued, payment was taken and a few days later the ticket got cancelled yet no refund was provided. Opodo said Alitalia didn’t release the funds but was unwilling/unable to touch the tickets any further. Then the customer was given thee runaround for several months. At this point I would have immediately contacted the credit card company for a chargeback. For whatever reason he didn’t do that and by the time he tried to follow my advise the bank notified him that he needed to do so within three months of the statement date.

I then suggested based on John’s example that the reader (who also works in the U.S.) contacts the DOT and files a consumer complaint. He did so, communication with Alitalia in New York was established and again, runaround for months without any solution.

Since early December when I got forwarded this case again by the reader I decided to contact the Alitalia New York office in order to get a statement from them in regards to this situation. Even after five weeks we’re unable to get a definitive answer from them.

We also understand his frustration.  I’m sorry he wasn’t able to process a chargeback.

I believe our office in Italy contacted OPODO as they are not in the USA, and authorized the refund.  As previously stated, when I didn’t hear back from Mr. XX about the chargeback I assumed he received his funds.

Our customer care director is personally investigating this with the responsible administrative offices so we will get to the bottom of what happened. If Alitalia is still in possession of the money due to a “block” in the system, we will return them to Mr. XX.  But we first have to ascertain if OPODO is in possession of the funds.

There was no further follow up until this day.

I decided to take this case on as an interesting example for our readers to a) be careful when it comes to such error fares and b) especially with airlines that are in a financial predicament and not known for honest business practices and reliable operations.

One of the reasons why we at LoyaltyLobby have made the decision not to cover these ‘error fares’ is that nowadays they often come with a lot of baggage and problems for those who purchased them. This involves loss of time, loss of money, issues such as the ones here and many other things that don’t outweigh the benefit of publishing such fares. In the old days airlines were more generous and the amount of tickets sold was much lower.

Now as soon as the news about such a fare hits the internet thousands of tickets are being sold within hours and the airline often has no other choice than to cancel them especially if First Class inventory is concerned and their entire availability is gone for months. However if an airline cancels such a fare again in this game of ‘You win some, you lose some’ I expect immediate refunds and there is no excuse for not doing so.

I’ve written about 6 emails on behalf of our reader to get to the bottom of what is going on here but at this point it seems that Alitalia is trying to sit this matter out and not return the funds.

Our interest in the case was solely based on the issues of honest refunds and customer service. LoyaltyLobby isn’t a mediator or legal advisor for any type of compensation cases but I think it’s important to point out that the customer also needs to stay on top of these situations and watch over timelines and statue of limitations for claims. He should have contacted his credit card company immediately and applied for a chargeback. If the bank denies this then complain to the financial regulator in the country where your account is held.

At this point the only other option is to take both Alitalia and Opodo to court in Germany and hire an attorney to start these proceedings.

Airfare of the Day: All Nippon Airways/United Airlines BUSINESS CLASS Vancouver, Canada (YVR) to Singapore, Singapore (SIN) from $1940 Round Trip 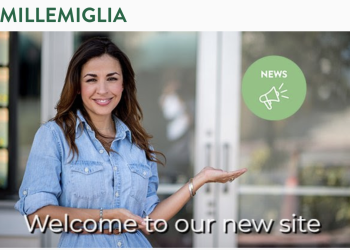