Yesterday, I wrote about (read more here) an email that I received from IHG Rewards Club’s Ambassador program informing that my Royal Ambassador status had been downgraded despite online account showing renewal on January 4. 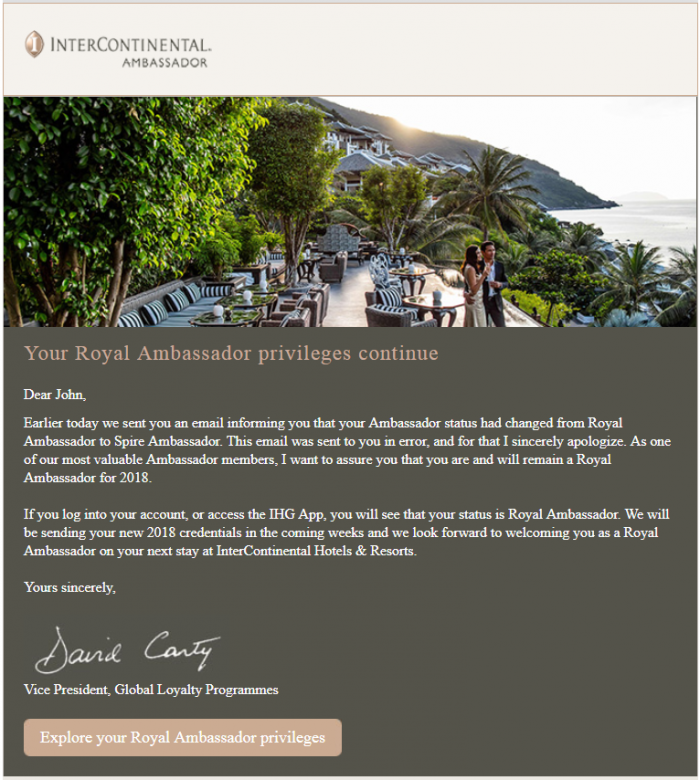 Just cannot understand this level of incompetence from IHG and Ambassador program?

Considering all the misinformation that the Ambassador “service” center spins out from Manila and the previous renewals that sometimes were incorrectly shown on the online account statements, you would think that someone at IHG would have confirmed that correct email addresses were used when sending out these emails? Apparently that was not the case.