A very unpleasant surprise was waiting for passengers and crew of a United Airlines flight bound for Hong Kong this week as they had to land in Anchorage after a passenger smeared his own feces around several of the planes bathrooms. 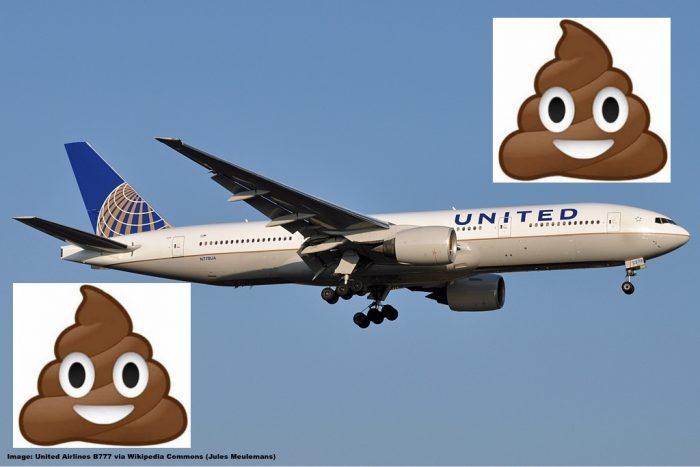 The captain had no other chance than to decide that the plane had to land in Alaska, passengers offloaded and the plane cleaned overnight delaying the entire flight for a day.

Even without knowing the details of the case, when I read the headline I was sufficiently disgusted but reading on it just shows how sick some people really are (unfortunately in a very sad way as this must be indeed some mental issue).

United Flight 895 was diverted to Anchorage on Thursday night, according to CBS affiliate KTVA, and police officials at Ted Stevens International Airport said the landing was due to a “passenger smearing feces everywhere.”

More specifically, officials said the man had dirtied “a couple” of lavatories on the plane and had also tried to cram his shirt down a toilet.

United said in a statement only that the flight was diverted due to “a disruptive passenger.”

Airport police told the news station that no charges were filed against the passenger, but he was taken to a hospital for a psychiatric evaluation.

According to local news reports, the plane was grounded overnight for maintenance. United said in its statement Friday that the other passengers were put up in hotels and that the airline was working to get them to their destinations.

I’m sort of surprised that no charges were filed against the individual who obviously caused massive financial damage and tons of inconvenience to others.

Not sure who to feel more sorry for, the passengers and crew who were inconvenienced by this or the individual who obviously has massive mental problems. A delayed flight is forgotten and dealt with quickly while his issues are longer lasting.

It would be interesting to see how a travel insurance would handle this case if one was to claim a flight delay.