This weeks Whine Wednesday topic this week is about Korean Air and their annoying, frequent equipment changes without notice to extremely old aircraft that also have a very antiquated cabin interior. 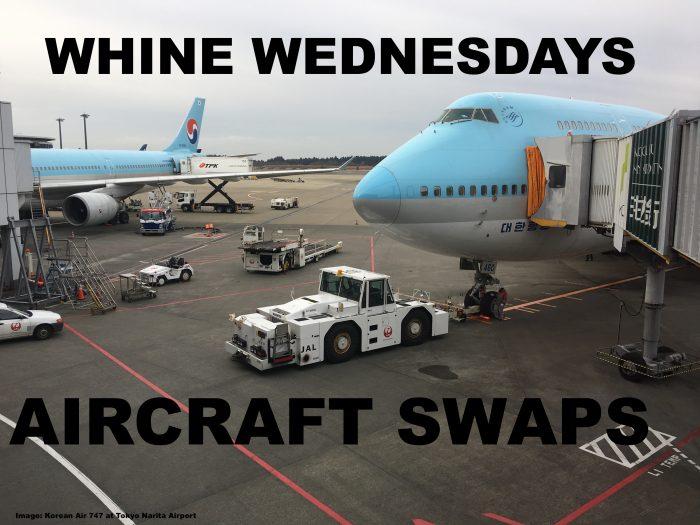 Korean Air still has some very old aircraft in their fleet including the Boeing 747-400 which had originally been scheduled to be phased out a year ago, yet is still flying on many intra-Asia routes.

As much as I love the 747 it mostly depends on what the airlines do with them as far as the cabin interior goes and needless to say Korean Air hasn’t been doing anything with them for a long long time. The cabin just decays while the plane is still flying.

I’ve had a couple Korean Air flights in Business Class during the last 6 weeks and three times did KE exchange the previously scheduled aircraft against the old 747-400 with the horrible Business Class or Prestige Class as they call it.

The first time it hit me when I flew from Bangkok to Seoul with a connection to Shenyang. Since this was an overnight flight I absolutely refused to take the 747 and had the station manager rebook the ticket to the A380 departure an hour later. Huge difference!

I then encountered the same when the originally schedules A330 was again exchanged against the 747 for my Beijing-Gimpo and Tokyo NRT-Incheon flights. This time I wasn’t so lucky and there were no other options available within a few hours but those were also sort of short and daytime flights. 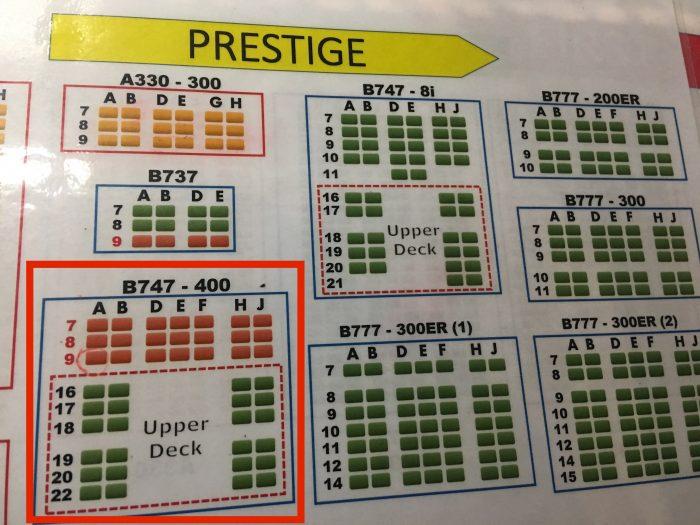 Here are two images from the interior of the Korean Air 747-400 ‘Prestige Class’ cabin:

Even for these short flights Korean Air can often fill these 747, however if they’re swapped out last minute against an A330 then obviously there are many empty seats. In the case of my flights nobody was unlucky enough to get a middle seat in business class for example. Nevertheless the seats were super uncomfortable.

I really hate when you book a ticket, look forward to a decent cabin or maybe even a specific plane and then the equipment gets swapped against some dumpy old aircraft with 20 years of service under it’s belt (and even that wouldn’t be so bad had the airline furnished it properly).

In such cases I usually outweigh to either swallow the bitter pill for short flights or request the flight to be changed to a different connection. Whenever you buy a ticket you basically purchase transportation between A-B not a specific way how to get there other then your class of service. That being said nothing keeps you from raising a stink if something like this happens and then it depends on how persuasive you can be.