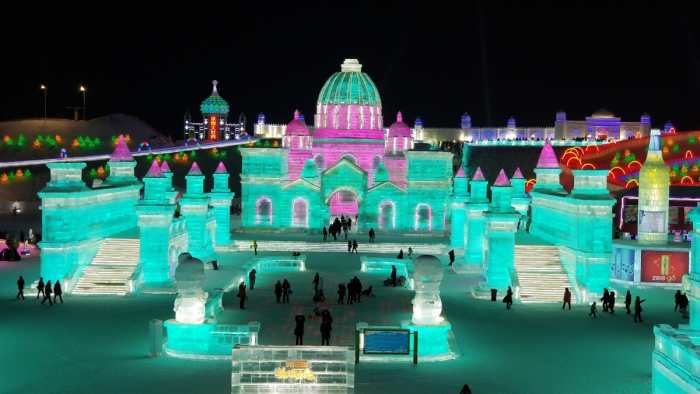 I purchased the maximum number of miles allowed before the sale was over to test the online booking interface and glad that I did.

I was in Tokyo earlier this month and needed to find a way to Harbin for the Snow & Ice Festival (for the third time). Spring Airlines apparently offered direct flight between Tokyo (Narita) and Harbin but their website couldn’t even pull it up and not sure if I am ready to fly low cost Chinese airline…. 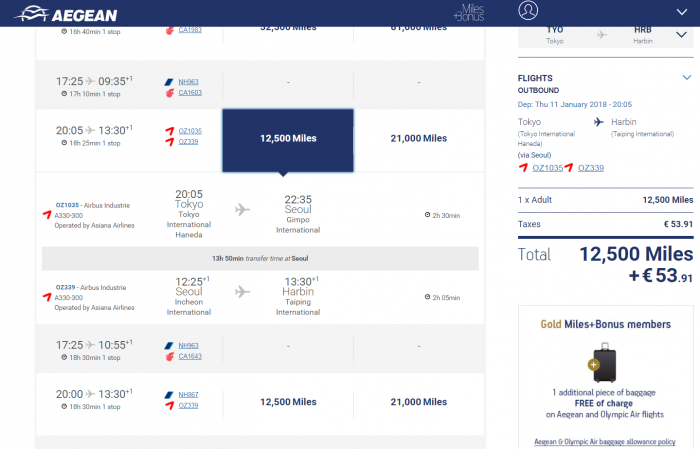 Tokyo (Haneda) to Harbin via Seoul combined with an airport change and overnight was reasonably priced using Aegean miles. 12,500 in economy and 21,000 in business class. 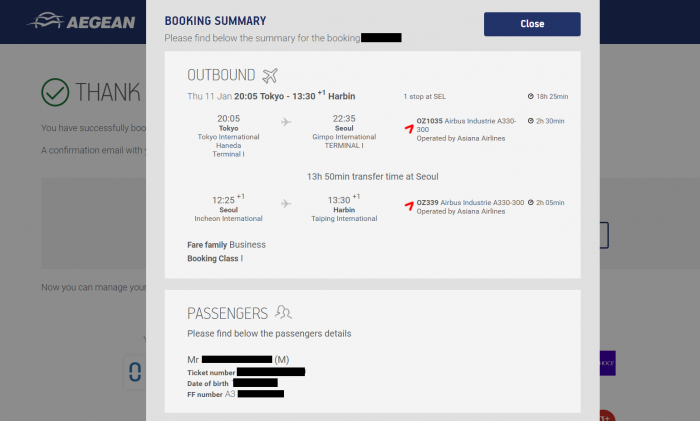 Decided to book the business and the ticket was instantaneously issued as it should. 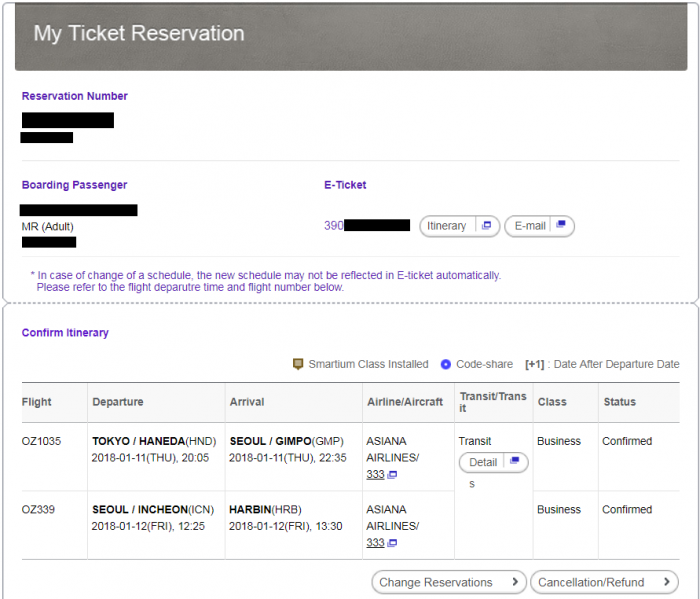 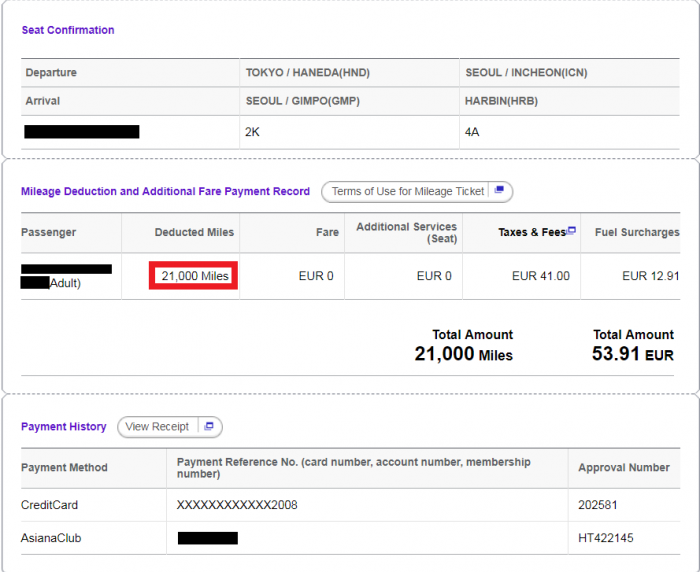 Was able to pull up the ticket on Asiana’s website that also showed the number of miles I had used and rather reasonable fuel charges that the airline had for this city pair. Unfortunately, I had to call it in to get my seats chosen. The website couldn’t handle this request.

United would have wanted 30K, LifeMiles and Singapore Airlines both 22.5K for the same itinerary. 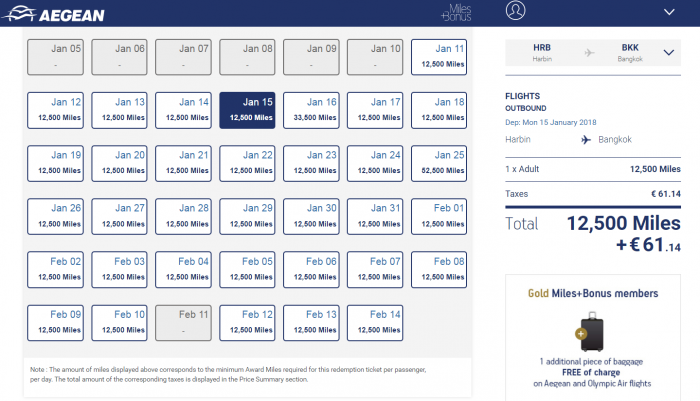 Aegean’s award search has a nice matrix showing the available dates with lowest number of miles required for each. 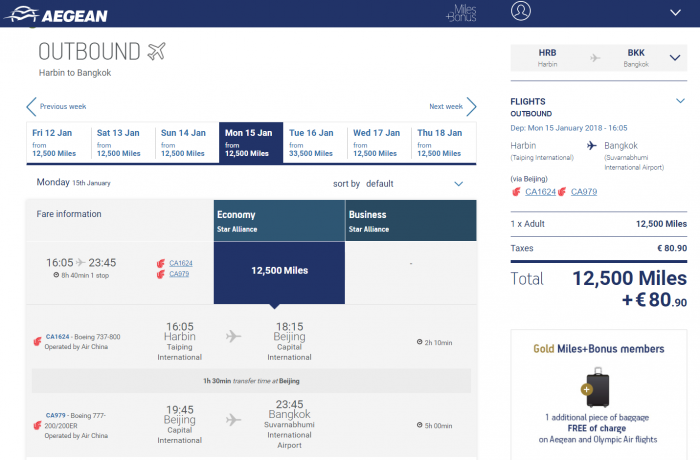 Chose the Air China economy option that was priced at 12,500 miles and 80.90 euros that must had relatively high fuel surcharge component.

And the ticket was immediately issued. Air China’s website was not able to pull up the itinerary because the ticket was issued elsewhere. Luckily, I was able to get decent seats at the airport.

United and LifeMiles were both 20K and Singapore 25K for the same itinerary.

The online booking was surprisingly painless and the tickets were issued instantaneously as they should.

I like the fact that Aegean doesn’t have award ticketing fees looking at both United and LifeMiles where they can add up fast especially when booked on short notice with United when no status. They do, however, charge fuel surcharges.

The number of miles required for both of these itineraries were reasonable compared to the other three Star Alliance airlines with whom I have banked miles with (United, Avianca and Singapore Airlines). You do have to keep in mind though that the price of Aegean miles when purchased is higher compared to LifeMiles and even United.

Aegean doesn’t seem to like mixed cabin redemptions where award is then priced by segment. Would make more sense to price it based on the highest cabin flown.

Fairmont, Swissotel & Raffles Up To 40% Off Private Sales For Stays Through August 2018 (Book By January 25) 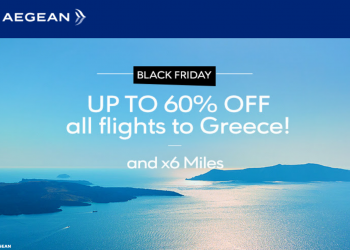 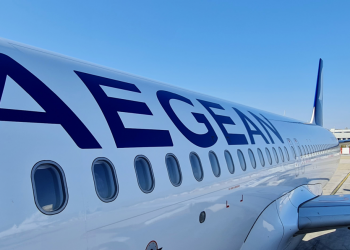 Greece's “flag” carrier, Aegean, has launched a fantastic offer to get members to sign up for its Miles+Bonus frequent flier...