Cathay Pacific has made an executive decision to let go of their airport lounge operator Plaza Premium and to replace them with the French hospitality company Sodexo following complaints from customers. 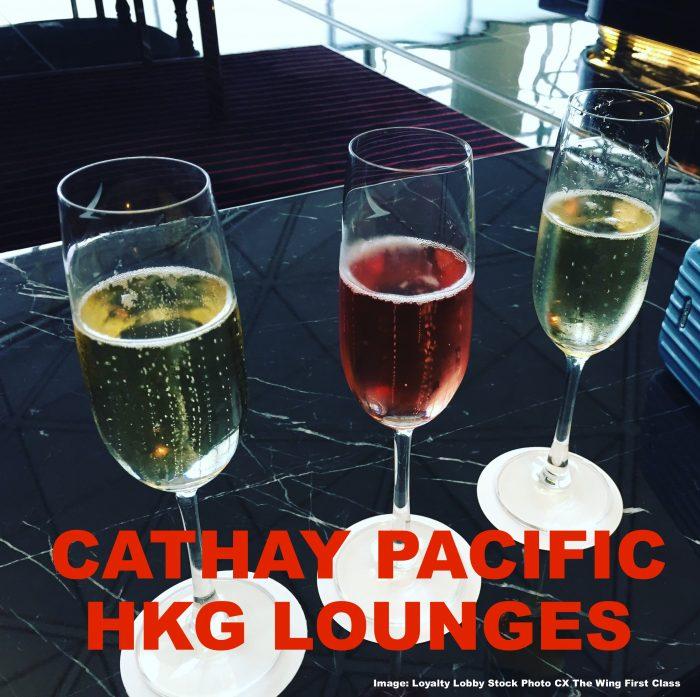 Cathay’s premium customers apparently complained over deteriorating quality in the Hong Kong departure lounges in recent time and the company allegedly took this as reason to kick Plaza Premium out.

Cathay Pacific has a vast array of lounges at their home airport Hong Kong including two First Class- and one Arrivals Lounge. Airlines usually don’t operate these lounges themselves but outsource that job to companies who then provide staff, F&B, upkeep and all other associated services.

Apparently (judging by comments in the media) flyers have complained that over the past year or so the quality of F&B at the Hong Kong based lounges where Cathay Pacific has a contract with Plaza Premium Lounges has deteriorated.

You can access more on the topic from an article in the South China Morning Post (see here).

Users of Cathay Pacific Airways’ Hong Kong airport lounges could be in line for a service and experience upgrade with the current much-criticised operator to be replaced by a French company. …

Hundreds of lounge staff are expected to be briefed in the coming days with French hospitality company Sodexo – which runs Virgin Atlantic’s acclaimed “Clubhouse” premium airport facilities – taking over from the Hong Kong-based global lounge operator.

The move comes with Plaza having faced complaints from premium travellers for a perceived downgrading in the quality of food served in Cathay’s lounges.

Plaza will hand over to Sodexo, whose lounge clients include Singapore Airlines, Air France, United and Emirates, in a planned “smooth transition” throughout 2018, the airline said. The takeover is likely to coincide with Cathay Pacific’s opening of a newly refurbished lounge in Hong Kong International Airport which is due in the first quarter this year.

A Plaza spokesman said: “While our quality products and hospitable service have consistently been rated highly by travellers worldwide, we respect this commercial decision of Cathay Pacific. The company wishes these Hong Kong departures lounges well.” …

Back in May 2016, Plaza replaced The Peninsula, famed for its luxury hotels, as the sole manager of Cathay’s Hong Kong lounges. However, complaints quickly mounted over the quality of the food, portion sizes and service.

I’ve been using the Cathay Pacific Lounges in Hong Kong for the past 11 years and honestly can’t say anything negative about the dining service in the First Class lounges (The Wing & The Pier). Both lounges offer a small buffet as well as a la carte dining and I can’t remember having received small portions whenever I was there or that it would have been a problem to put in a second order.

Really can’t comment on the Business Class lounges as I’m able to use the First Class ones as oneWorld Emerald member with British Airways Executive Club.

Losing CX as a customer in Hong Kong means big bucks are going away for Plaza Premium as the current operator. At least based on the SCMP article the staff will be retained by Sodexo. Though just because the company is European doesn’t necessarily vouch for quality knowing that we’re quite the penny pinchers sometimes.

I reckon there is more to this than simply reacting to complaints about food quality and portion size which could have been easily rectified by notifying the current operator had it been a really valid complaint. I’m not saying that there was zero base for the reasons stated but just that I’ve never experienced any shortfalls at the lounges during dozens of visits. Food has always been good and portions generous.

It’s more than possible that this is about the bottom line and the new operator provided a more competitive (read: cheaper) offer compared to Plaza Premium. A cheaper offer by a new operator usually doesn’t mean good things for the future of such a facility. We shall all see how this pans out in the long haul.

Airfare of the Day [Premium Economy] CATHAY PACIFIC Singapore to New York from $1,087