A range of airlines has started to impose restrictions on so called ‘smart baggage’ and will from now on refuse to transport all luggage equipped with lithium batteries to support it’s ‘smart’ capabilities. 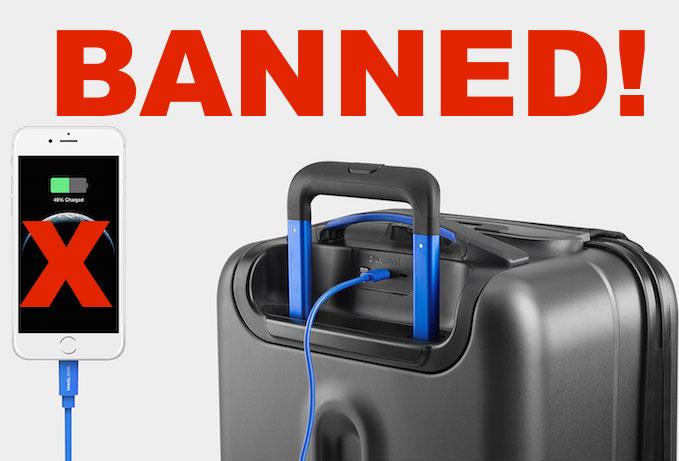 The airlines that already announced the ban and updated their Conditions of Carriage include American Airlines, Delta, United and Hawaiian Airlines as well as Korean Air (possibly more).

Various manufacturers of baggage started to implement technical capabilities into their baggage in recent years. Those are designed to serve different purposes such as for tracking, baggage labels or even self driving luggage.

A few months ago I wrote about Tumi offering a tracer device called ‘Tumi Global Locator’ which has to be placed in the baggage (see the article here). Even though Tumi claims it’s FAA compliant, the device (powered by a Lithium Polymer battery) will be placed by itself in the suitcase and is not attached to it. Yet based on the airlines new policies that item too appears to be banned now.

For example you can read a statement of Korean Air in it’s updated baggage services section here:

Different technology such as the Rimowa Electronic Tag (see their website here) doesn’t use Lithium batteries as power source but rather a simple button cell as you know it from watches. Rimowa suitcases with such eTags are still allowed but their overall performance and acceptance leave a lot to be desired. 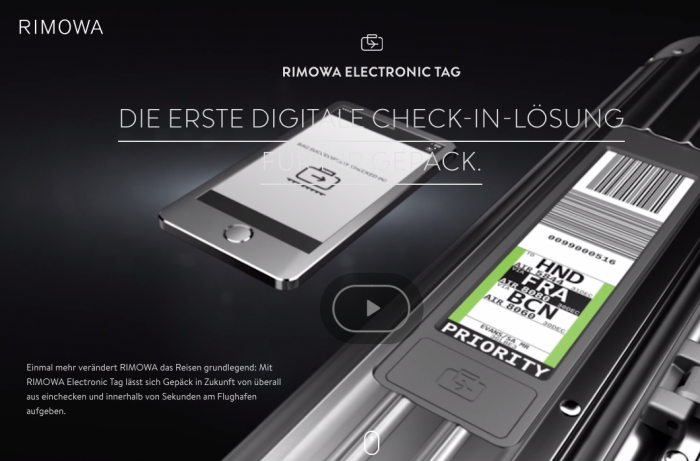 The e-tag functionality is pretty harmless (and useless) with the airlines being more concerned about large batteries, some strong enough to power a motor for the suitcases wheels.

A few weeks ago in December there was a CBS article (access here) about the topic already, shining some light on what this is all about:

Earlier this year the FAA urged international regulators to ban large electronics with lithium ion batteries from checked bags. New testing revealed the potential for a catastrophic fire – so intense the plane’s extinguishers wouldn’t put it out.

Smart bags use their batteries to power onboard GPS, sync with an app, weigh and lock themselves plus charge your phone. Some can even “propel themselves,” putting them on many holiday wish lists.

Bags with the batteries removed will be allowed on board but expensive features – like the ability to track it – won’t work.

“The manufacturers have to adapt, or they’ve manufactured essentially useless bags,” CBS News travel editor Peter Greenberg said. “It’s sort of like bringing your bottle of water through the security checkpoint. You’re going to get there and they’re going to tell you your bag can’t fly, now what do you do?”

Indeed such items can be rendered useless for air travel rather quickly considering the frequently changing policies of airlines and aviation authorities worldwide.

Passengers who are already in possession of such affected suitcases should better find a way to get rid of their batteries or the bag altogether and rather look to purchase a traditional suitcase with a proper handle and a few wheels.

Not sure why people suddenly have the urge to equip something as trivial as a suitcase with electronic features and tracking devices. Once something goes sour with the transportation of your bag it does you very little good knowing where it is since you can’t just go and grab it. Neither will the airline go on a scavenger hunt for your lost bag based on coordinates. We get it back at the convenience of the airline and until then somehow have to cope or go shopping. And as far as self driving bags are concerned… let’s better not go there.