This week Compensation Clinic visits the former Crowne Plaza hotel in Amsterdam De Witt that was last year converted to the Kimpton brand. 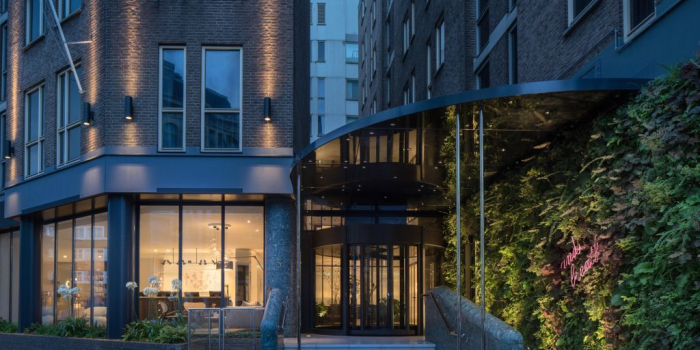 The other week, I had an overnight transit in Amsterdam and thought that I would hit one exhibition in the city during my long transit and thus wanted to stay in the city center.

Decided to book the stay at the Kimpton De Witt to check how the conversion from the Crowne Plaza had went.

1. Had to rely on tethering on the cellphone network to get any work done. The hotel internet was completely inadequate. Run a speedtest and got somewhere between 3 to 5 megabits per second down but upload speed was big flat ZERO.

Called and spoke with the MOD at 6AM and his suggestion was to come up and investigate this. What he could “investigate” by coming up? Nothing.

Another manager wanted to speak with me when I was checking out and suggested that I contact her when I am next time in the city. I rather deal with these issues on the spot considering how often hospitality sector employees move. She said that she would offer me points and I suggested 10,000 (not that I would need any).

Haven’t had too much issues with hotel internet as of late and I always have the back up solution to be able to tether on the cell phone network (usually using the Project Fi from Google).

I tend to rather have something tangible and issue solved on the spot IF I am not 100% sure that I will back at the same property in few weeks time. Although I am back in Amsterdam later this month, I may decide to stay elsewhere (more hotels to check out).