Saratov Airlines flight 6W 703 from Moscow’s Domodedovo airport to Orsk crashed shortly after take off on Sunday and all 71 people on board are assumed dead (65 passengers and 6 crew). 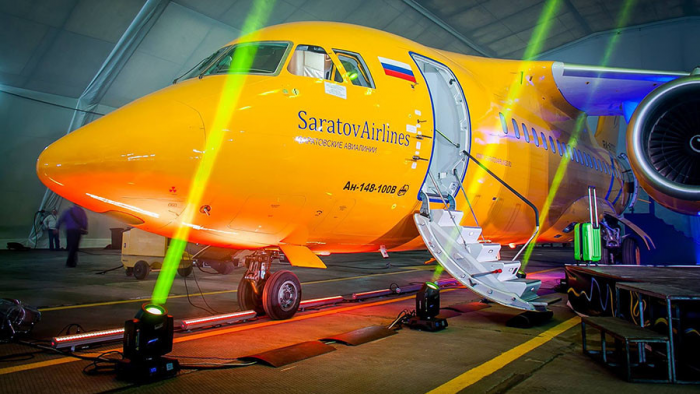 The short-haul regional flight was operated by Antonov AN-148 aircraft. The aircraft went down on the countryside outside of Moscow.

Preliminary reports say the Antonov An-148, a narrow-body regional airliner, was reportedly carrying 65 passengers and six crew. According to the emergency services, there is no chance of finding survivors.

The Investigative Committee, which launched a criminal probe into the incident, has also sent forensic teams to the crash site. Transportation Minister Maxim Sokolov is also on his way to the area, Russian media report.

The crash might have been caused by weather conditions, human error or technical failure, according to TASS citing an emergency source. The source added that there were no extreme weather conditions in the Moscow region at that time.

The Federal Air Transport Agency (Rosaviatsiya) said air traffic control had lost radio contact with the ill-fated plane “a few minutes” after take-off, and it disappeared from radar screens while flying over the Ramenskoe district of the Moscow region, TASS reported.

Really unfortunate incident that has lead to all passengers to perish on this Saratov Airlines flight.

Just last month, I wrote (access here) about two studies conducted about the airline safety that both came to conclusion that it had been exceptionally safe in 2017 as there had been no deadly jet crashes. One of the studies concluded that it was likely an anomaly considering the number of flights and the usual incident ration.

Let’s hope that the Russian investigators can get to the bottom of this incident and find the cause to make the air travel safer for all of us in the future.