Another Air France strike is looming as unions representing different groups of workers have called for labor action on the 22nd of February over mediocre pay raises. 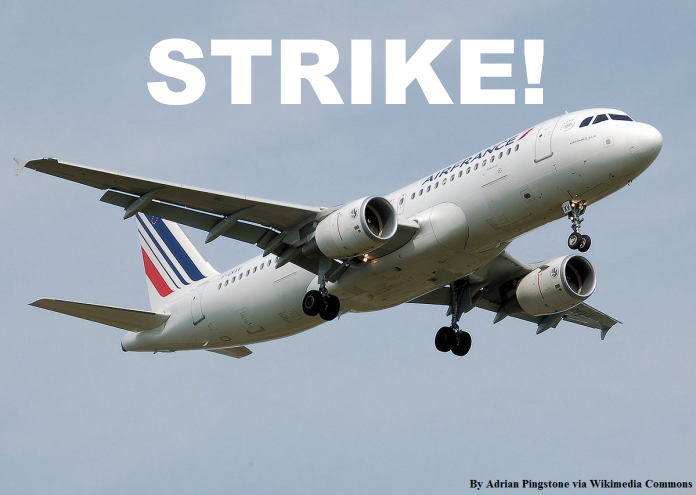 Air France has offered a 1% pay raise to their employees which is deemed too low and not in line with inflation rates during times of a rather good economic performance of the carrier.

You can read more about the strike announcement from RFI (access here – English Version).

… Ten unions have backed the strike call against a one-percent pay deal signed by a minority of unions and unilaterally imposed by management.

The pay rise of one percent – 0.6 percent to be paid on 1 April and 0.4 percent on 1 October – is inadequate to make up for losses due to inflation since the last company-wide pay rise in 2011, the unions that have issued the strike call claim.

The strike will come a week after the publication of Air France-KLM’s results for 2017, which are expected to show a substantial improvement over previous years.

But the company says the pay rise is “realistic” because it is less profitable than its rivals and faces stiff competition, especially from low-coast operators. …

It’s now been 7 years since the last pay adjustment and that’s quite some time. While I’m not a big fan of unions especially in countries that are known for unions holding companies at ransom, a 1% raise after all these years sounds indeed quite low.

These strikes usually mean that Air France cancels bunch of short-haul and domestic flights especially from Orly but tries to operate all long-haul flights, however depending on the dimension of a strike in terms of work related field it’s possible that flights ex CDG airport are affected as well. The airline still hasn’t put up any information on its website about this travel disruption as they usually do allowing passengers to postpone their travels or opt for refunds.

Remember that the duty to care per EC 261/2004 applies in case of strikes and the airlines are required to rebook you to your final destination at the earliest opportunity even on other airlines. You may have to prompt them to do this, however.

The Canada – U.S. Border Will Not Reopen This Month Despite...