Travelers who are used to having a quick drink or two during morning departures from the U.K. might soon have to go dry as lawmakers are putting the current 24h alcohol serving permit for airports to the test. 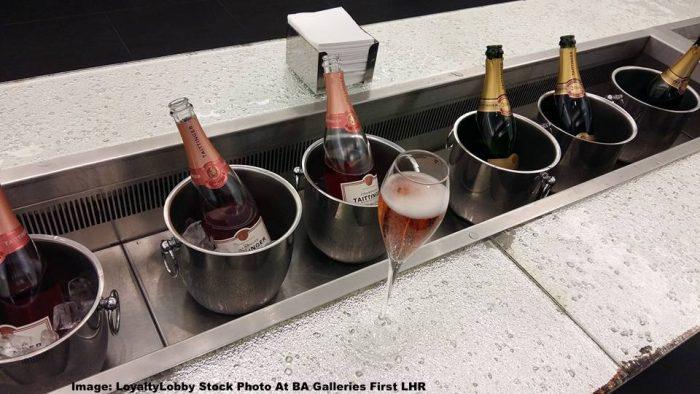 It’s possible that in the near future both restaurants, bars and possibly even lounges won’t be able to serve alcohol anymore during certain hours of the day.

Having restrictions on the ability to serve alcoholic beverages is nothing out of the ordinary as local laws in that regard vary worldwide and it’s very common that alcohol isn’t available during the morning hours.

The Manchester Evening News (access here) rang the alarm bells about it this week.

Even though the article relates the matter to Manchester Airport it would actually most airports nationwide (except those in Scotland, as far as I know they have separate laws for the distribution of alcohol at least as far as a quick Google search revealed).

… The Home Office has confirmed it will reassess a loophole that allows airports to bypass the alcohol licensing laws which prohibit 24-hour drinking.

And it could mark the beginning of the end for breakfast tipples in Manchester’s terminals.

Earlier this year, a review by the House of Lords looked at ending 24-hour drinking in airports – and now the Home Office intends to issue a ‘call for evidence’ to ‘assess the impact of implementing the Licensing Act on airside premises on reducing alcohol related disorder’.

If supported by the evidence, it could lead to the extension of the Licensing Act 2003 to cover alcohol being sold to passengers before they board flights.

This would give councils the power to license and inspect bars, pubs and restaurants inside airports. And they could also limit the hours alcohol is served.

Figures show incidents of air rage and disorder at Manchester Airport have more than doubled in the last three years. Police boarded aircraft 159 times in 2016, 110 times in 2015, and 73 times in 2014, with more of half the incidents in 2016 involving alcohol or drugs. …

Such laws are applied differently depending on the location and jurisdiction. Sometimes it’s only prohibited to sell alcohol while giving it away for free such as in an airport lounge would be forbidden. In other cases any and all distribution of alcohol is prohibited during the designated time.

I’m not convinced that limiting alcohol distribution times would solve the problem involving unruly, drunk passengers and even if this approach would have some merit it’d only apply to a limited time per day. I simply don’t believe that people sit down in the early morning out of boredom and ‘shoot their lights out’ so to speak.

I see people having an early morning drink on occasion but most of the time they are still in another timezone from an international arrival or maybe having a glass of champagne / Bloody Mary for breakfast. I’m guilty of this too from time to time.