It has been been a bad week for commercial aviation. First the Russian plane went down exactly a week ago (read more here) and now Iran Aseman Airlines plane carrying 60 passengers including one infant and six crew members has crashed into Mount Dena. 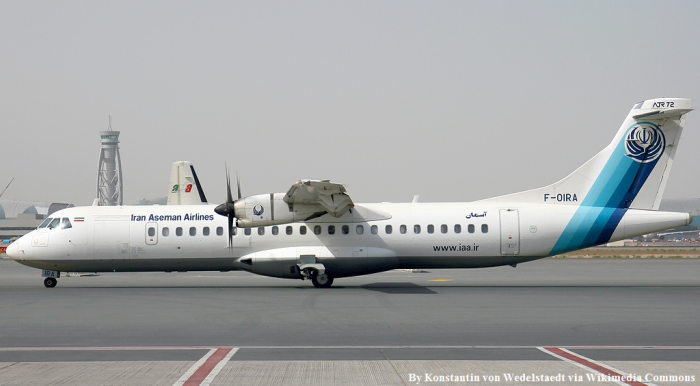 Sixty passengers, two security guards, two flight attendants and the pilot and co-pilot were on board.

The airline initially said everyone had been killed, but said later: “Given the special circumstances of the region, we still have no access to the spot of the crash and therefore we cannot accurately and definitely confirm the death of all passengers of this plane.”

Bad weather, including fog and heavy snow, has hampered rescue efforts. Emergency teams have had to travel to the crash site by land rather than using a helicopter.

If the last year was the safest ever for commercial aviation, this year hasn’t had very good start with these two crashes in Russia and Iran. Due to the US sanctions, the planes that Iranian airlines fly are one of the oldest in the world.

Just last month, I wrote (access here) about two studies conducted about the airline safety that both came to conclusion that it had been exceptionally safe in 2017 as there had been no deadly jet crashes. One of the studies concluded that it was likely an anomaly considering the number of flights and the usual incident ration.

Let’s hope that rest of the 2018 doesn’t see more unfortunate incidents like these two.