Whenever there is a vote casting for an upcoming travel award the email of airlines and hotel companies come flooding in just like this week when travel providers are once again lobbying for votes. 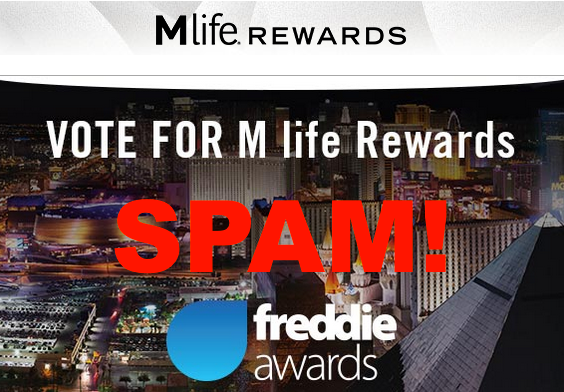 This time around it’s for the upcoming Freddie Awards, an annual travel industry award given to travel providers and loyalty programs in different categories.

Companies love to advertise with rewards they receive and they lobby heavily so people go and cast a vote for them.

In fact until today I got 7 emails of different travel providers urging me to vote for them and that doesn’t even count all the advertisement for it on the website of those and others.

Starwood Preferred Guest (SPG) is one of them: 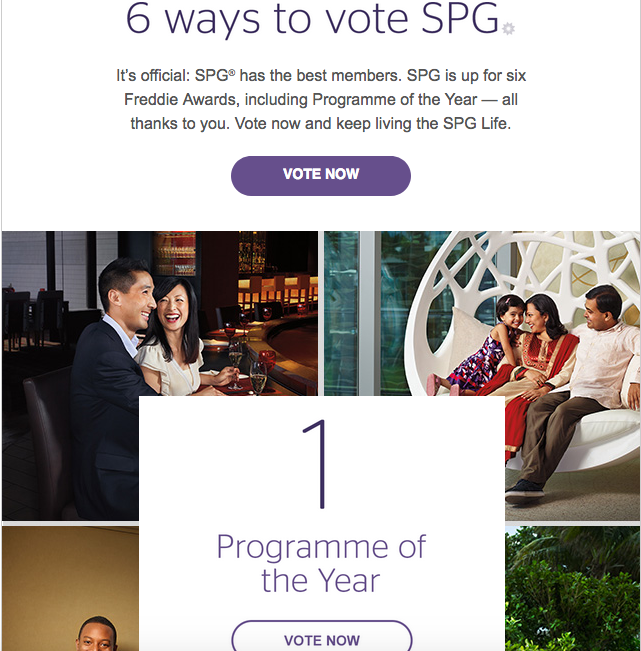 The Freddies have been around since 1988 and for the longest time run by Randy Petersen, the founder of Flyertalk. Since Randy focused on other ventures a few years ago another set of people runs these awards now.

In any case these awards became a big business since it’s not just all free publicity for the winners but in order to use labels etc for advertisement there is a fee to be paid. At the same time the airline, hotel or loyalty program engages the customers. Same goes for the awards of consulting agency Skytrax.

I’m not against such awards but it’s becoming too much. Freddies, Skytrax, World Hotel Awards and countless more lead to an avalanche of begging emails over the year where companies prompt you to go and cast your vote for them. It’s Spam and a huge waste of time.

These companies should take a step back and consider that customers don’t appreciate very much to get swamped by the same material of different companies. Of course they want to win so guess who will end up with all the garbage coming in? The customer.